27. 46. The Red 5. In racing, some numbers are as iconic as the driver they are associated with. At Realish Racing, racers must register a number to race under that they will carry throughout their racing career – changes are possible, but you’ll hardly render your number a legacy that way.

As with the numbers, teams are a big part of Realish Racing as well, with several long-standing outfits racing alongside new endeavours aiming to make a name for themselves. 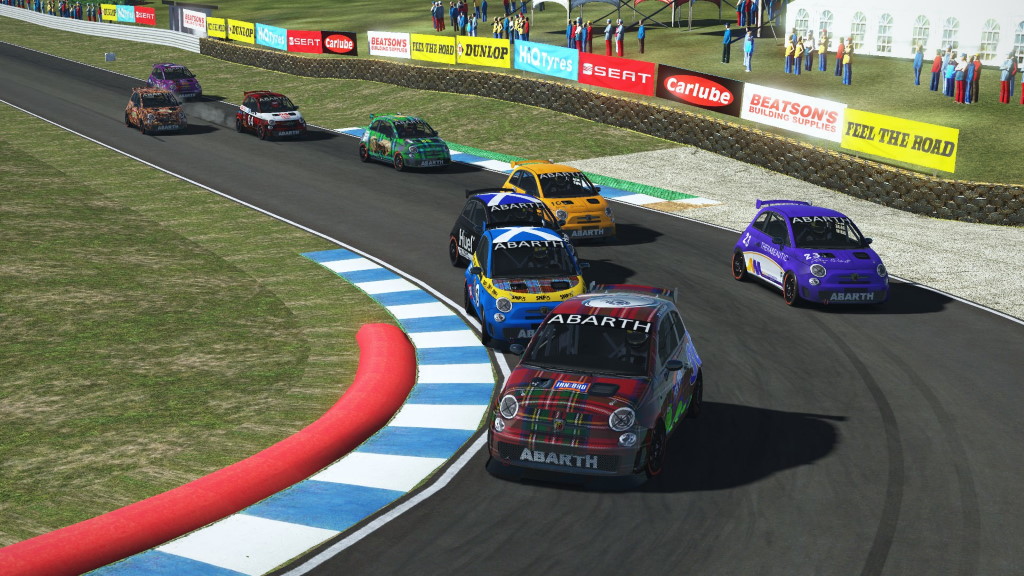 Obviously, every number can only be chosen once and is tied to its driver as long as he/she is active – for some of our most dedicated members, we do reserve the right to reserve the number for longer periods of inactivity, although in most cases, a number will be freed up after a season or so. Drivers may choose to prefix their numbers with a zero (or two), but 007 will still count as 7 being taken, of course.

But enough with the guidelines, it’s not all about the numbers, there’s always a person behind it, after all – let’s have a look at our roster, shall we?

While independent entries were a possibility in previous seasons and Special Event participation does not necessarily require a team, just like in the real world, every driver should strive to get a contract with a team – and in the case of our official series, it’s a set requirement indeed.

Apart from getting a spot with an existing team, long-standing or new, it’s possible to create your own, albeit only for pleb club members. That doesn’t mean people can’t race if they don’t find a spot, though – for new members, there’s the Realish Racing New Drivers’ Programme and for established racers, there are several club-run team to take you on, so one way or another, you’ll find yourself racing no problem.

For those of us that have created their own teams, they often end up developing rivalries, partnerships and quite a rich history.