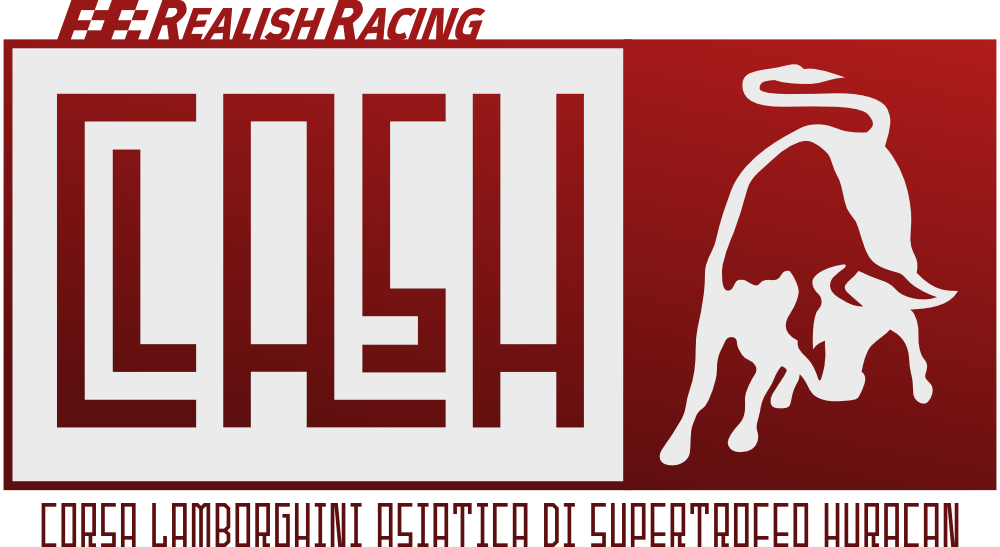 Buongiorno & konnichiwa! What do you mean, weird combo, that? Oh you just wait! For the second time in a row, we’ll be returning to a car class we’ve visited in a club cup before! You heard that right, this series, la Corsa Lamborghini Asiatica di Supertrofeo Huracan will feature the Lamborghini Huracan from the Lambo Nights club cup! Beginning in September, there’ll be 8 events lined up up until December. Let’s jump to the details!

Everyone’s favourite bedroom poster car, Lamborghini’s Huracan will be this series’ ride of choice – as with the CATS, we’ve done club races and even a club cup in these before, and with GTs out of the GEARS equation again, a regular season running GT machinery has been on our notepads since the beginning of the year.

The cars will be used at normal fuel and tyre consumption and are avialable on the Steam Workshop for friends of the admins.

As announced via Geoguessr, we’re looking at a Asia-centric calendar with a short trip to Straya to mix things up!

During the Nihon Tour Classic, we kicked off the season at Japan’s Autopolis, and why change a good formula? After that, we’re Southbound to visit Sepang before heading to China for the first time, racing at Zhejiang (never heard of that one before? Yeah, neither had we!). Afterwards, it’s over to down under, running two races at Philip Island – and with the island done and dusted, it’s off to the Korean peninsula for the Yeongam round, opening the second half of the season. Next up, it’s visit #2 to both Japan and China for events at Sugo and Zhuhai respectively, before rounding up the season at Singapore!

The season will consist of 8 rounds running on Sunday evenings, beginning on the 8th September 2019 and ending on the 1st of December. Unlike with past GEARS-ish GT endeavours, we’ll be looking at shorter races, with each weekend featuring a 40-minute feature race soon to be followed by a 20-minute sprint with a reversed top-8 grid order from the feature!

Qualifying will be determined by a 20 minute session and with R2 reverse-gridded, will only count for the first grid of the night.

As ever, trophies will be given out for the driver, team and newcomer title – points for these will be awarded down to 8th position: 10-8-6-5-4-3-2-1, with the feature races offering double points.

Any rookies are free to join the Realish Racing New Driver Programme if they wish, to avoid the hassle of setting up their own team or having to find a team mate.

Liveries will be mandatory – templates will be available on the FTP soon (though the club cup version is still on there if you wanna get going early) and elements marked as not to be changed are, I know, this is unexpected: Not to be changed.

Sponsorships are preferred to be unique or appropriate to you, as if you had sought the sponsorship for yourself. As ever, tobacco and firearm sponsorship is prohibited, and liveries are to contain nothing illegal, immoral or offensive (which we will have final say on).

Drivers running as a two-car team don’t have to run the same livery, but if they do, please make them distinguishable, e.g. via recoloured mirrors or the like.

Once again, we’re going to need to compile all liveries into a pack for everyone to download, so there’s yet another livery deadline – September 5th, to be specific.