Note that you will not require any DLC content for this season.

Rallies will run from 19:00 on Wednesday until 22:00 the following Friday (ie 9 days and 3 hours). You will only have one attempt at each rally, however, the stage list will be published in the Rally thread and you are free to practice in single player as much as you want. Rallies will all be 6 stages long (2 long, 4 short) and should take around 30-45 minutes to complete.

You will need to join the Realish Racing Dirt Rally 2.0 Club if you haven’t already done so. For ease of organisation, each rally will be run as a standalone championship on Dirt Rally 2.0. Full and final results will be posted in the rally thread and on RealishRacing.com and these should be considered as definitive.

Points will be awarded to the top eight finishers on the same 10-8-6-5-4-3-2-1 scale used in regular seasons. You must complete at least four stages to be eligible for points. There will also be a teams championship. Rookies (drivers who have completed less than half of a regular season) may join the Realish Racing New Driver Programme if they wish.

Drivers must use the same car for all rallies. If you do change car mid-season, you will forfeit all points earned until that point. Team mates must also use the same car.

Thanks to Joshua Anderson for creating the logo for this season. 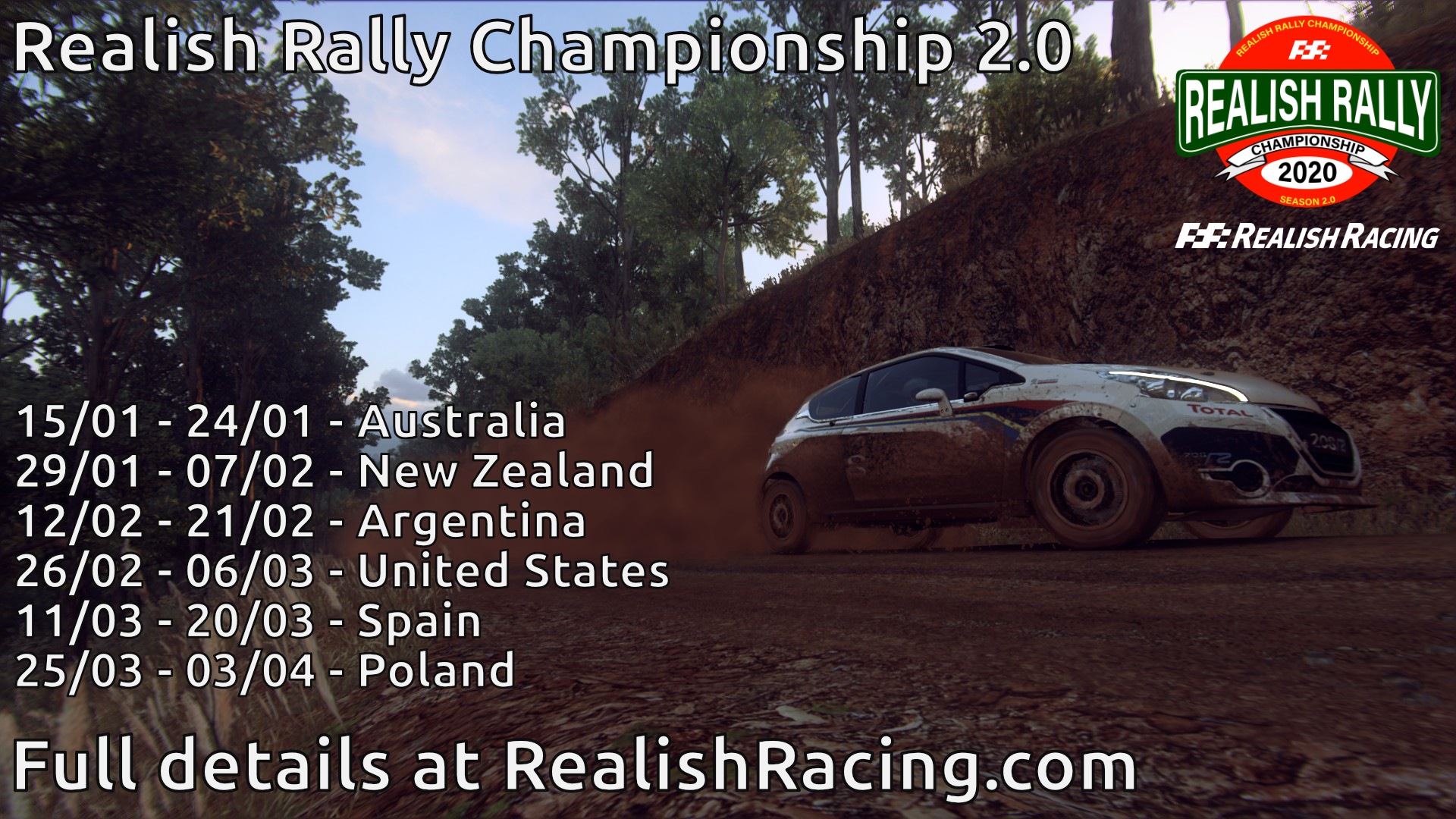