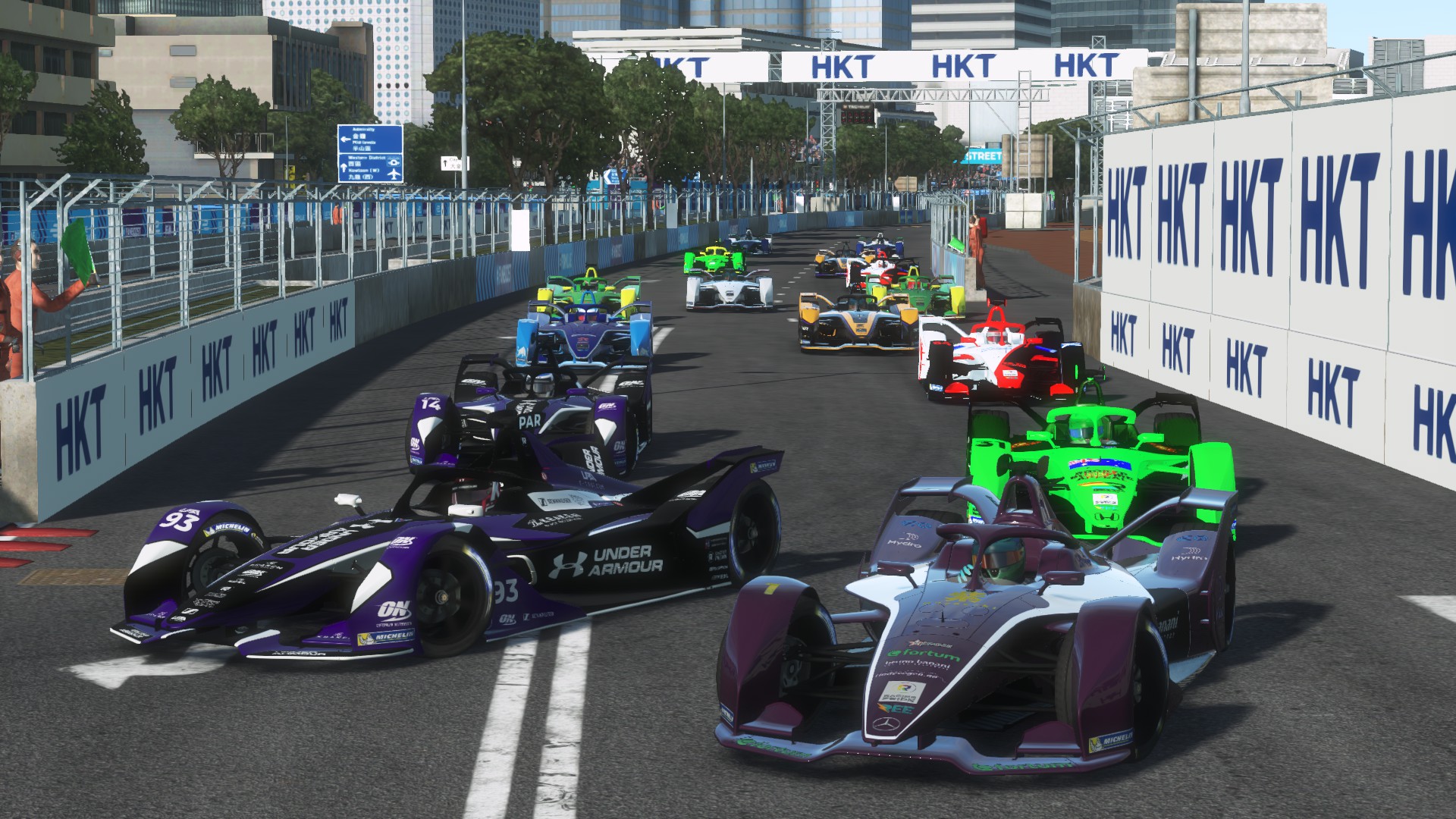 Scott Sovik took the early lead from the first round of the Formula Ree championship at Hong Kong, despite failing to win either race.

With no formation lap, cold brakes and an obnoxiously tight hairpin to start the lap, the first corner was always going to be a flashpoint and so it proved. Allie Ferrie rear-ended Lazaros Filippakos while Pete Walker pushed Bjorn Golda into Campbell Wallis, triggering a traffic jam which significantly reshuffled the field. At the front, Kyran Parkin snatched the lead from polesitter Scott Sovik and never looked back from there.

Matthew Wheeler worked his way to 2nd on lap 3 before a spin dropped him behind Filippakos. Wheeler caught up by mid distance and hounded the back of Filippakos’ car for the rest of the race without success. Indeed, with three laps to go, Wheeler missed a braking point and the resulting collision with Filippakos allowed Sovik through to claim 2nd.

In a first for this season, points are available for drivers who set the three fastest laps. Despite being denied a podium finish, it was Wheeler who took the first honours and three extra points ahead of Parkin and Sovik.

Such was the dominance of the top four, every other driver was lapped at least once. April Carlsvard was running a comfortable 5th before an overly aggressive radiator setting caused her car to terminally overheat after thirty laps. James Lambert inherited the position ahead of Mike Bell, recovering from a poor qualifying session, and Campbell Wallis, who recovered to 7th after being caught in the first corner traffic jam. Allie Ferrie rounded out the points finishers, overtaking Bjorn Golda in the closing laps.

Pete Walker and Chris Williamson finished two laps down. Behind them, Ryan Eastham beat Martin Fernandez and Steve Kirk, albeit all three were five laps down on an exceptionally tricky combination or car and track.

At the start of Race 2, from the reverse grid front row, Campbell Wallis missed his braking point for the first corner and collided with polesitter Allie Ferrie. Both drivers recovered but lost positions. At the front, James Lambert led the opening lap before Lazaros Filippakos grabbed the lead and ran away at nearly a second per lap to take UEA’s second victory of the season. His team mate Kyran Parkin, however, had a torrid race. After being caught in a first corner crash, the Race 1 winner had to contend with damage for the entire distance and only reached a pointless 9th by the end. 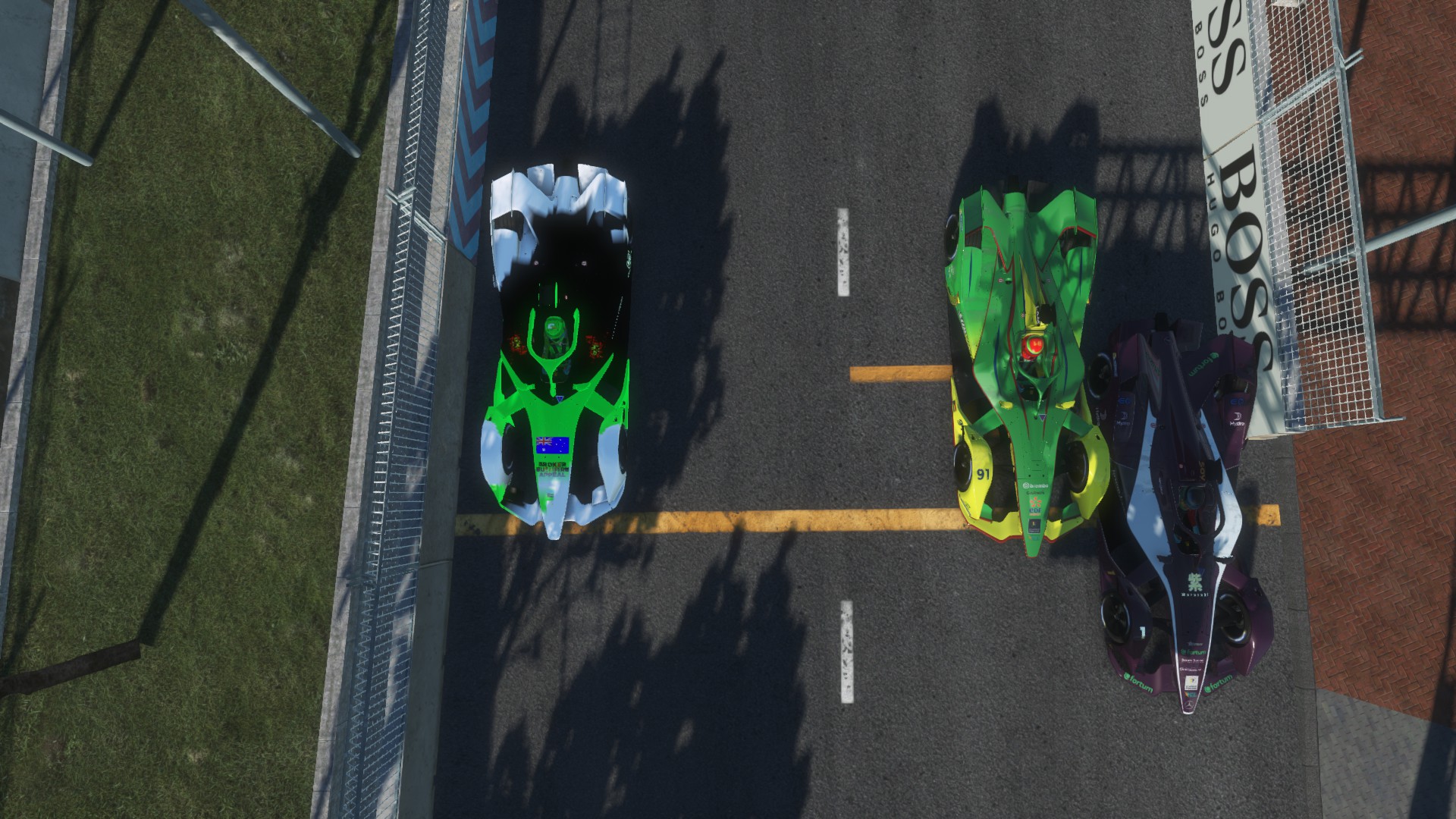 As Filippakos ran away at the front, Lambert found himself in a battle with Ferrie, Scott Sovik and Matthew Wheeler which lasted the entire race. In one of the closest finishes ever recorded in Realish Racing, Sovik would secure 2nd by 0.04 seconds ahead of Lambert, who in turn was just 0.007 seconds ahead of Wheeler in a virtual dead heat. Ferrie was relegated to 5th by 0.9 seconds, with April Carlsvard eventually finishing just 1 second further back. Overall, 2nd to 6th were separated by just 1.9 seconds. The Aureus Motorsport pair of Mike Bell and Bjorn Golda finished almost together, with Bell just 0.2 seconds ahead of his team mate at the line.

After his first corner antics, Wallis dropped quickly through the points places and eventually finished behind Parkin in 10th, ahead of Chris Williamson. After being ruled out of Race 1 with connection problems, Joshua Anderson finished his first race of the season in a lapped 12th ahead of Pete Walker and Ryan Eastham. Steve Kirk was a lap further back, with Martin Fernandes rounding out the field after a hard-to-recover spin into the pit exit.

The points for fastest lap have made an instant impact on the championship, with Sovik’s one bonus point giving him a one point lead over Filippakos. Wheeler, Parkin and Lambert all had strong results, with a gap already emerging to the midfield runners, led by Allie Ferrie and Mike Bell.

Round 2 of the Formula Ree championship takes place on Sunday, 26th January 2020 at the Lester Street Circuit in the USA. You can find full details on how to join the championship on the Realish Racing Form.