5 of the Best Crashmas Moments

BRACE YOURSELVES EVERYONE, IT’S THAT TIME OF YEAR AGAIN! This Friday sees the annual Crashmas special event, one of the three legs of the Realish Racing Triple Crown and the one time of year where crashes, contact and drink driving are not just acceptable but encouraged. To whet everyone’s collective appetite, here are ten of the best moments in eight years. There’s also a secret advent calendar door as a reward for making it this far. 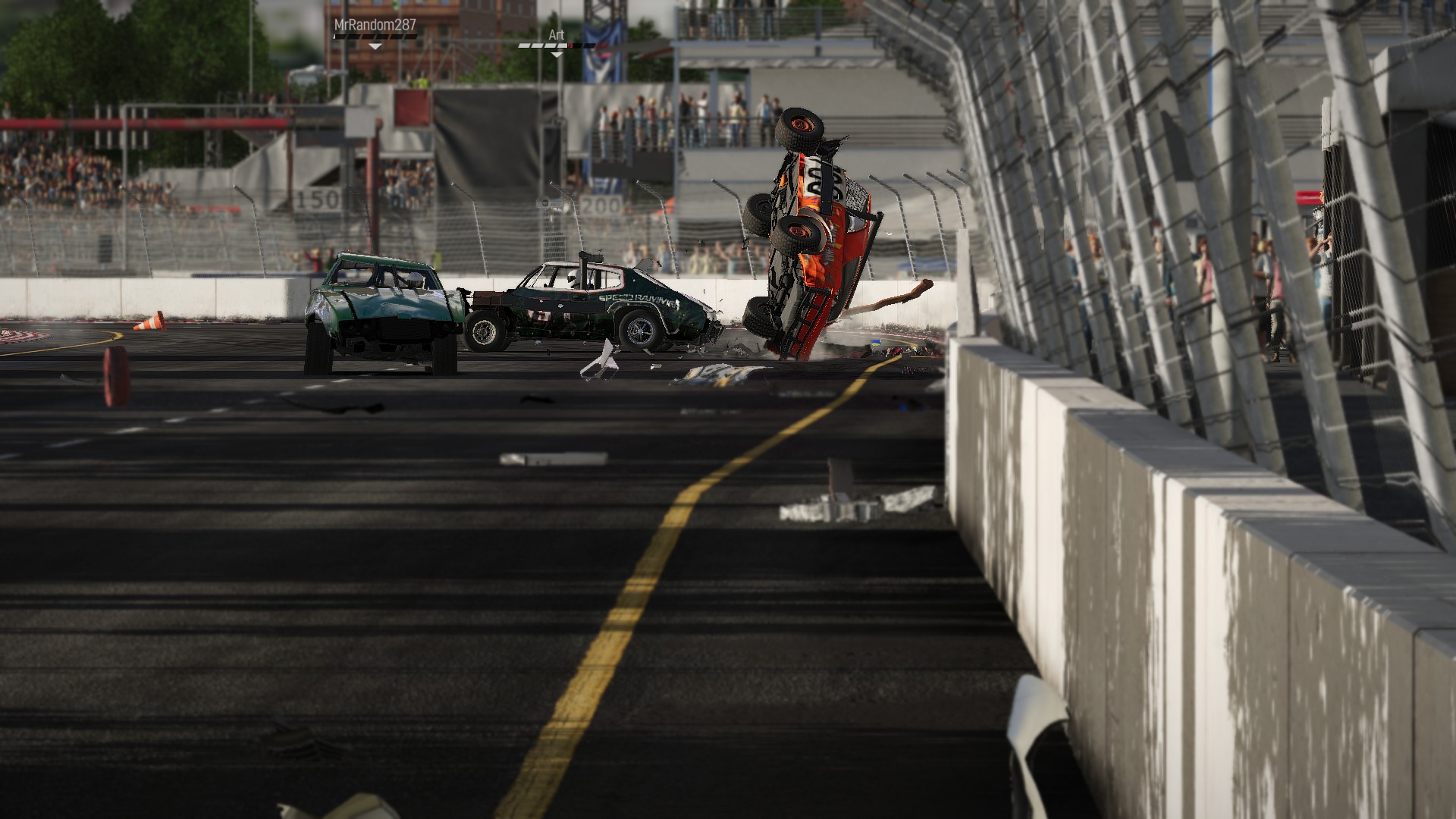 From the very first Crashmas, Ian Alderton had the ignomony of not even managing to cross the start line in race 4. Off the start, Alex Odell made a beeline for Alderton’s car and successfully wrecked his oponent before either managed to start the first lap.

Crashmas 2015 was the first to feature the then-new Wreckfest game and its lawnmowers (the first of many banter vehicles that have been added over the years). Dan chose to race the lawnmower in every race, naturally getting obliterated before the end every time, and finished on -21 points after apologising. To top it off, in the lawnmower derby, Dan managed to be the first elimination despite all that practice.

3. Lambert gets screwed by half points

2. Neil wins on a flightstick

Crashmas 2017 featured a complex points system whereby their points would be added to a fraction of a rival’s points (it’s complicated, see the event page for more details). While Bjorn Golda managed to use the system to his advantage and win the event, the major story was Neil Heatlie winning two races and winning the most earned points, all despite racing with a flightstick!

1. James loses a wheel and a win at the final corner

In race 3 of Crashmas 2016, James Price-Harper had a commanding lead in a race of extreme carnage. By the final lap, with only three cars left running, he had a huge advantage over Allie Ferrie, only for a badly damaged wheel to break free at the final corner, sending him into the wall and out of the race. Ferrie eventually came through to win, with Craig Woollard technically still running but upside down classified 2nd.

That’s just a shapshot of the madness that happens every year at Crashmas. Who knows what Crashmas 2019 will bring?