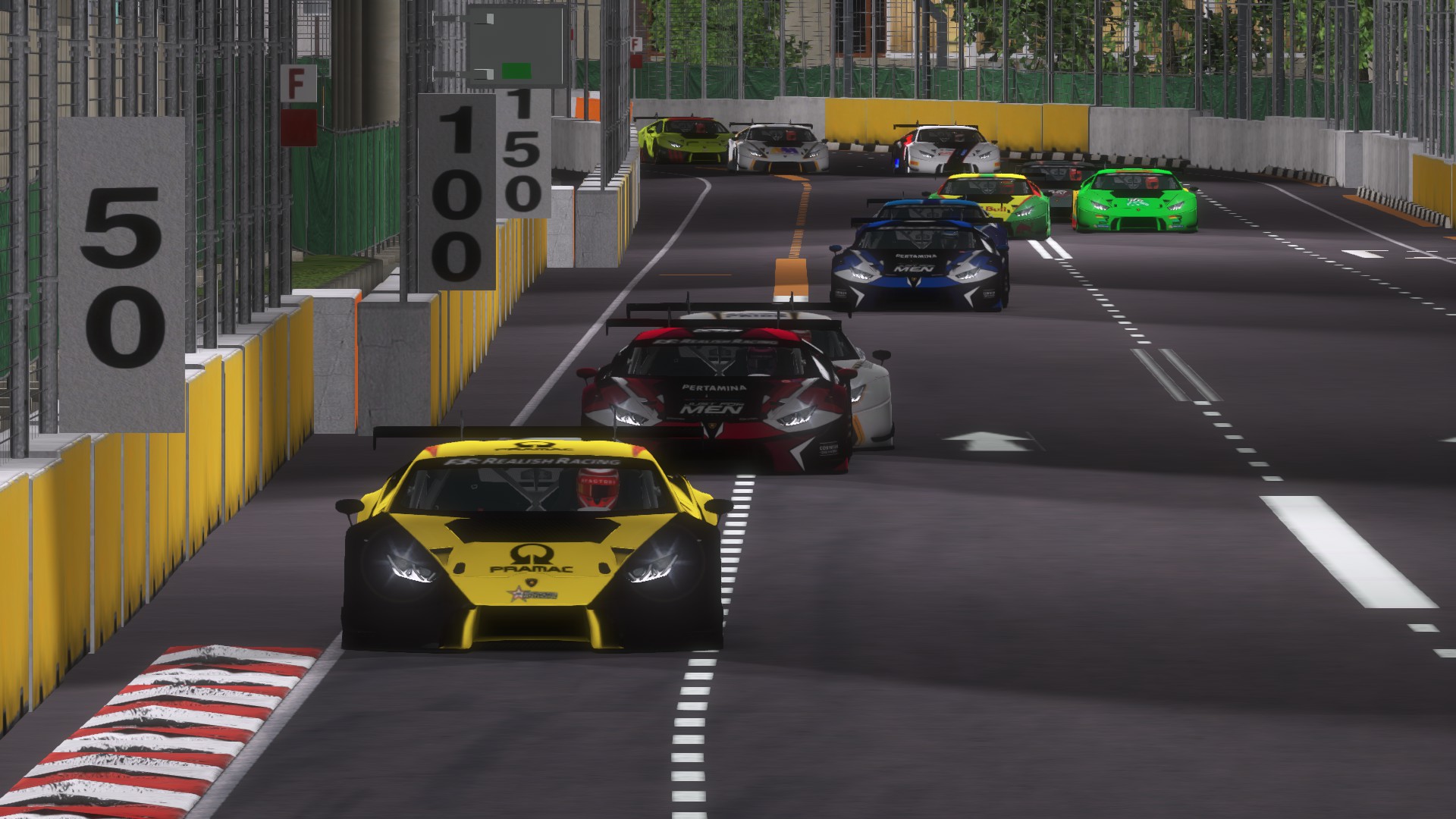 Scott Sovik drove two strong races and won his first Realish Racing championship at the final round at Singapore.

Sovik was by far the fastest driver on the tricky Marina Bay Street Circuit, taking pole by 0.8 seconds, setting fastest lap and driving a lights-to-flag victory ahead of Mike Bell by 9.7 seconds. Championship rival Kyran Parkin made a mistake to allow Bell through on lap thirteen and only managed to salvage 3rd ahead of team mate Lazaros Filippakos.

Mark Singleton and James Lambert fought a race-long battle over 5th and were only separated by 0.3 seconds at the flag. In a race of mistakes and attrition, Pete Walker and Chris Williamson drove steady races to round out the points finishers and were the last cars to finish on the lead lap. At the back, Campbell Wallis failed to see the finish for the first time this season alongside April Carlsvard, with both drivers falling foul of the unforgiving walls around the Singapore circuit.

With Sovik’s win being enough to open up a three point lead over Parkin going into the final race, the stage was set for a final showdown.

Off the start, Mark Singleton worked his way into a lead which he would hold on to for the rest of the race with a train of cars in hot pursuit. Kyran Parkin held 2nd but Sovik was using his pace to make progress, taking advantage of Singleton holding up the chasing pack, overtaking both UPA drivers in one lap towards the end. Sovik chased Singleton for the win but the BPR driver held on to take his second win of the season. Behind, Kyran Parkin held off James Lambert for the final podium place but, with Sovik up the road, this would only be a consolation prize.

Mike Bell finished 5th after a forceful move on Lazaros Filippakos on the final lap. The four points was enough to elevate Bell to 3rd in the championship ahead of Campbell Wallis, who again failed to finish. Matthew Wheeler and Pete Walker finished the season in the points, with Filippakos recovering to claim the final point in 8th. Chris Williamson and Bjorn Golda rounded out the unlapped runners, while Ryan Eastham beat Steve Kirk with both being lapped. 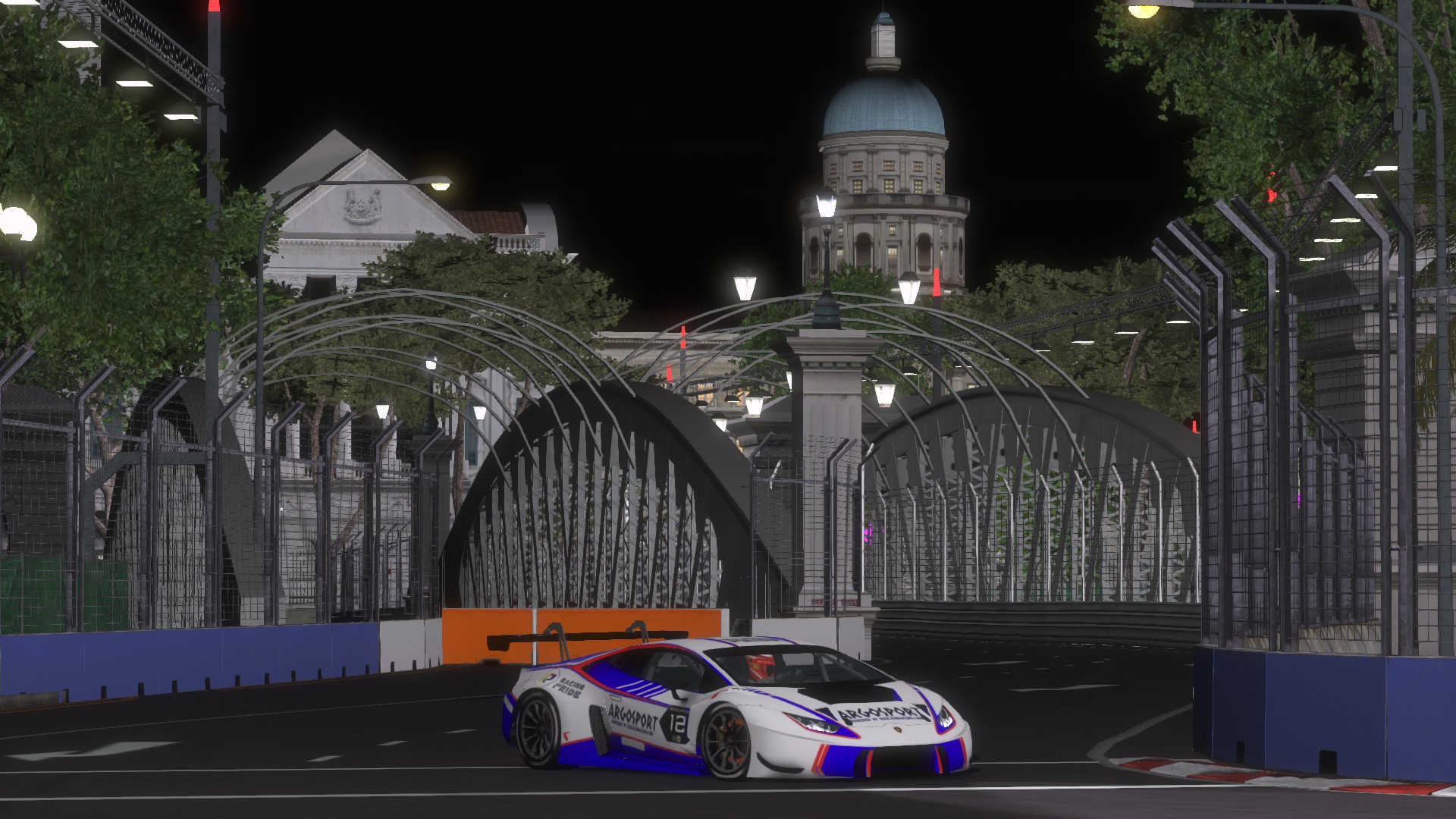 The strong performance at the final event was enough for Sovik to take the Drivers Championship by five points after a fascinating season-long battle with Parkin. Parkin and Filippakos, however, did enough to take a reasonably comfortable Teams Championship win ahead of Fury Racing and Kaibutsu Racing. The final title up for grabs was the Rookies Championship, with Ryan Eastham beating Steve Kirk and Martin Fernandez on countback.

After a winter break, Season 30 of Realish Racing will start in January 2020. You can find details when they are announced on the Realish Racing Forum.