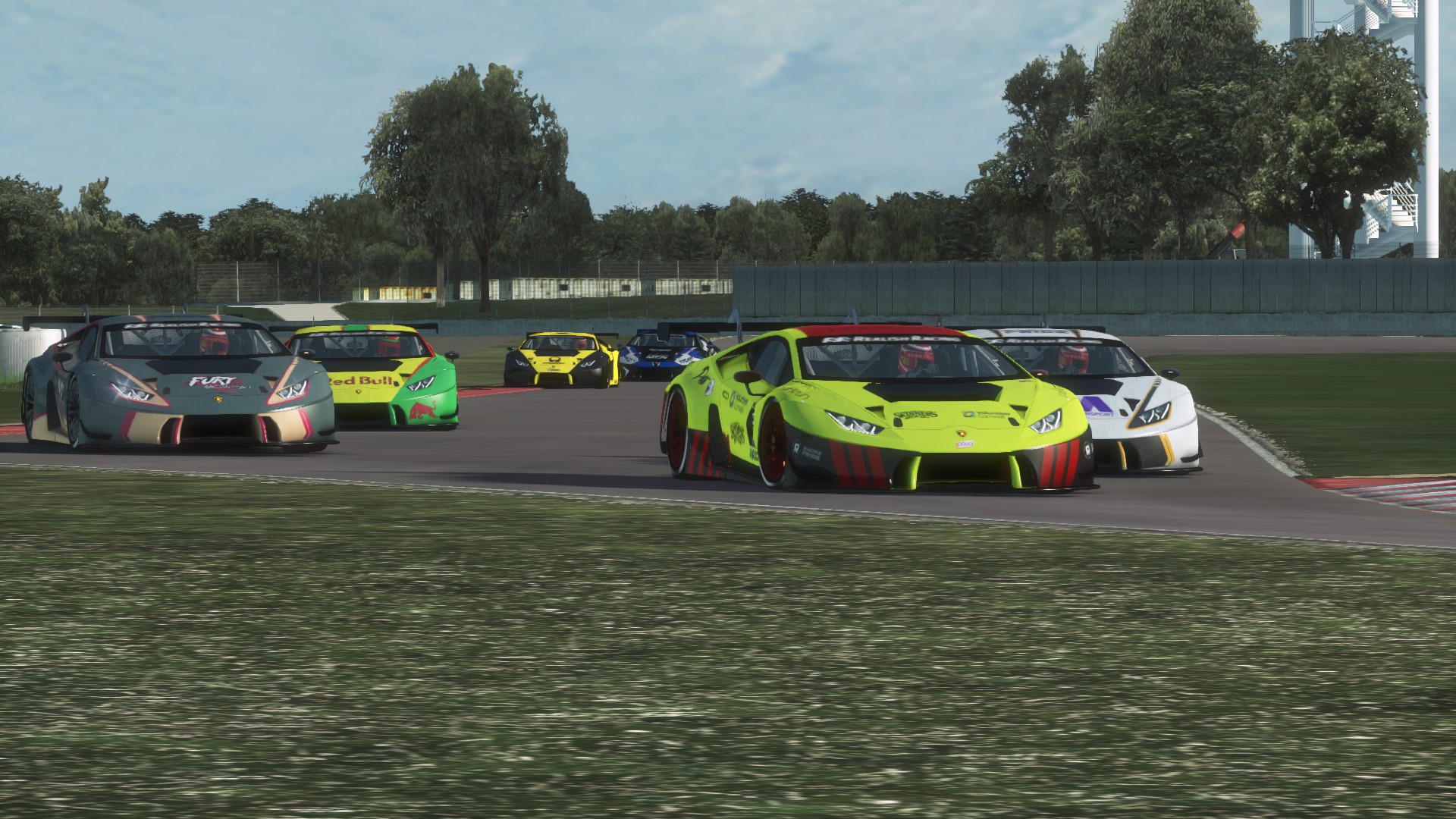 Kyran Parkin left Zhuhai with a win and a precious five point lead going into the final round at Singapore.

It was the second UPA car of Lazaros Filippakos who took pole by 0.157 seconds ahead of the two championship contenders, with Scott Sovik pipping Parkin by a thousandth of a second. The biggest surprise in qualifying, though, was Alex Odell, who smashed in a time only 0.167 off pole, good enough for a shock 4th on the grid.

Filippakos dropped to 3rd at the start, with Sovik and Parkin battling for the lead, and the top three sprinted ahead. It was an unfortunate end for the impressive Odell, though, who crashed out after four laps. This promoted Bjorn Golda to 4th with Campbell Wallis and Mike Bell in hot pursuit. Being sandwiched between the two Aureus team mates made Wallis’ life difficult until Golda made a mistake and half-spun at turn 9 on lap 14. Wallis and Bell would battle for the remainder of the race, though, with Bell ultimately winning out by a small margin.

Towards the end of the race, the unexpectedly thirsty circuit caused several drivers to run dangerously low on fuel. Filippakos crossed the line on fumes after hypermiling the final laps, promoting Sovik to 2nd after a mid-race error had dropped him off the lead. It might have become a fortuitous win for Sovik, but Parkin had enough of a gap to slow in the final laps and still take a sixth win of the season. The biggest loser, however, was Pete Walker, who had run a strong 6th for much of the race. Instead, the POWA was forced to pit for fuel at the end of the penultimate lap and stalled with no ignition button mapped, putting him out. Ironically, had he continued and run out of fuel on the final lap, Walker would have scored a point for 8th ahead of the lapped drivers.

This promoted Golda to 6th ahead of James Lambert, with April Carlsvard a lapped 8th after an early collision. Chris Williamson and Ryan Eastham just missed out on points, while Steve Kirk demonstrated an improvement in his second event and rounded out the finishers in 12th. 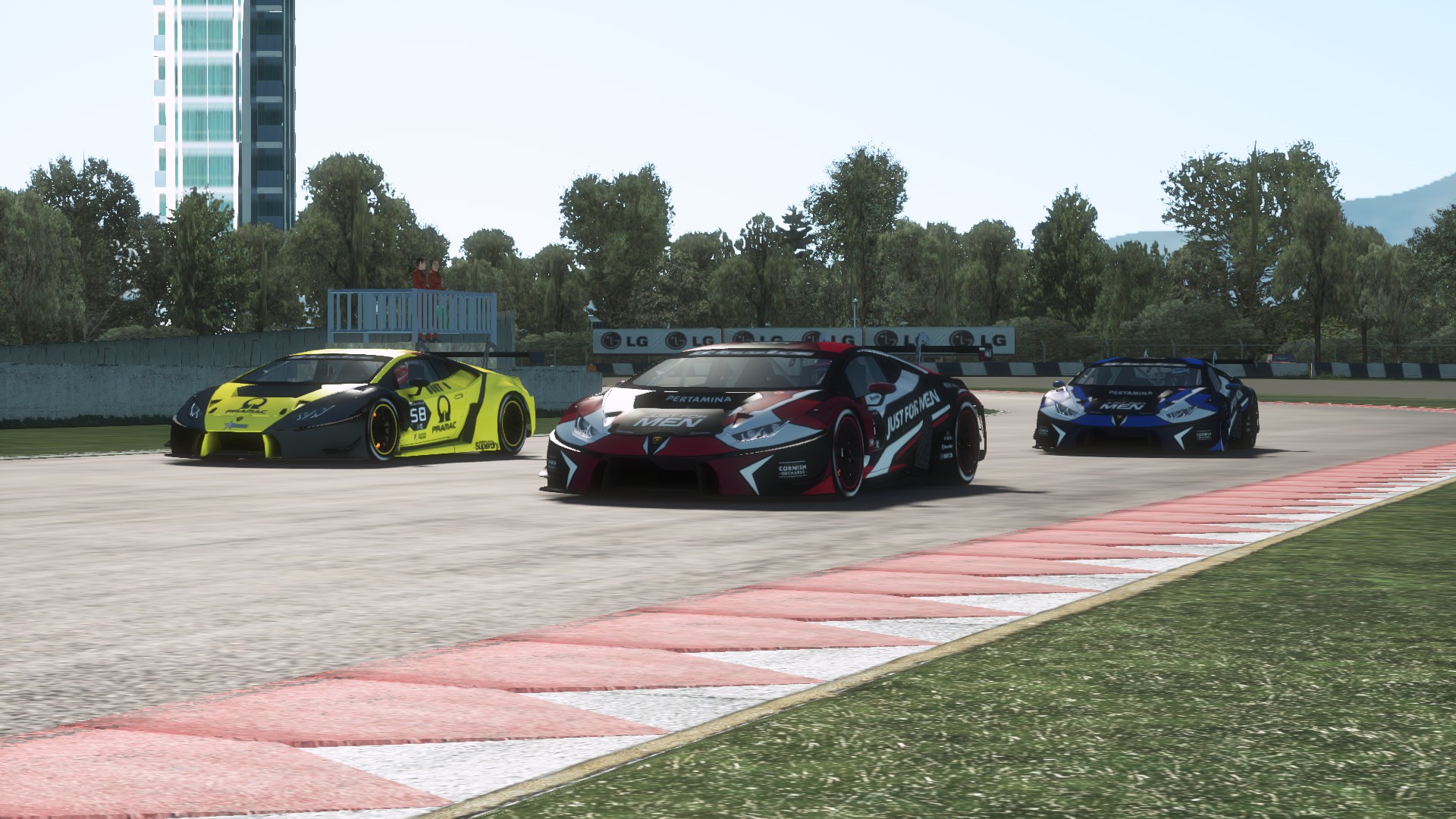 The reverse grid saw Mike Bell make a miraculous start to lead out of the first corner from 5th on the grid ahead of April Carlsvard. However, after losing ground at the start, Campbell Wallis stayed on the track while others fell off and was there to profit when first Bell and then Carlsvard ran off the track in successive laps to take an unexpected lead on lap four. 2nd was held by Pete Walker for much of the race, who had likewise benefited from others’ mistakes after starting 11th.

Wallis was able to pull away from the chasing pack for a fairly comfortable win but Walker got sucked into a furious battle which at one point cover 2nd to 8th positions. After several laps of frantic action, Mike Bell emerged in 2nd ahead of Scott Sovik but, on the final lap, Sovik was pipped by championship rival Kyran Parkin, who had driven through the chaos into a podium position. James Lambert was another driver to pick up a place on the final lap, beating Lazaros Filippakos to 4th, with Carlsvard and Walker rounding out the points scorers.

Alex Odell in 9th would have been disappointed to leave the event without scoring after such a strong qualifying performance; he finished ahead of a race-long battle between Chris Williamson and Bjorn Golda. Ryan Eastham was also part of that battle and briefly ran in the points in his strongest race yet, though a late crash saw him ultimately fall behind Steve Kirk, with all thirteen starters finishing on the lead lap.

With only one round to go and thirty points still to play for, the CLASH Drivers Championship is finely poised going into the final round at Singapore. That round takes place on Sunday, 1st December 2019.