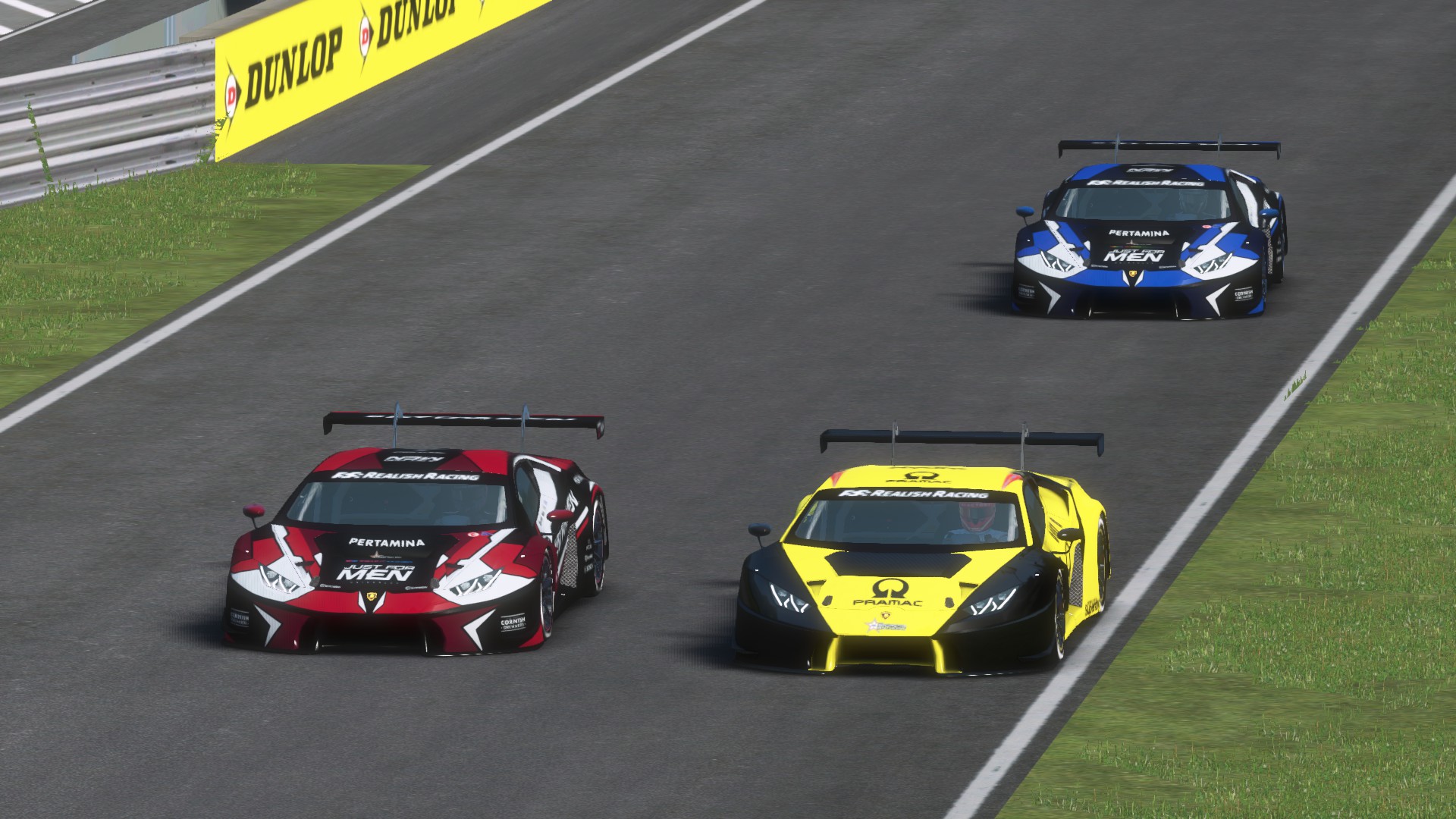 For the second round in succession, the two UPA drivers split the race wins at Sugo. However, Scott Sovik drew level on points with Kyran Parkin with two rounds in the championship to go.

Scott Sovik pipped Kyran Parkin by the tiniest of margins in qualifying, just 0.006, with second UPA of Lazaros Filippakos only 0.129 off pole in 3rd. Sovik held the lead at the start but, going down the front straight at the start of lap two, Parkin got close enough to make what would be a race-winning move into the first corner. The two title rivals remained in close competition, rarely separated by much more than a second, but with overtaking tricky at the tight Sugo circuit, Parkin managed to avoid any mistakes and controlled the race to take his fifth win of the season. Filippakos would finish on the podium in 3rd, thirteen seconds off the race win.

Campbell Wallis was best of the rest, qualifying and finishing 4th. After falling off the lead battle in the opening laps, the Scot then fell behind Mark Singleton and April Carlsvard after a small error on lap four. However, Singleton spun immediately after gaining 4th place, then Carlsvard struggled with tyre wear that saw her fall behind both Wallis and Bjorn Golda, who took his best finish of the season in 5th.

Zhejiang sprint race winner James Lambert fended off Joshua Anderson for 7th to round out the point positions, with Chris Williamson leading the non-scorers in 9th, ahead of Matthew Wheeler and Singleton. Steve Kirk, in his first race, struggled with the demanding Sugo circuit but saw the finish, while Ryan Eastham finished five laps down after stopping for repairs from an accident. 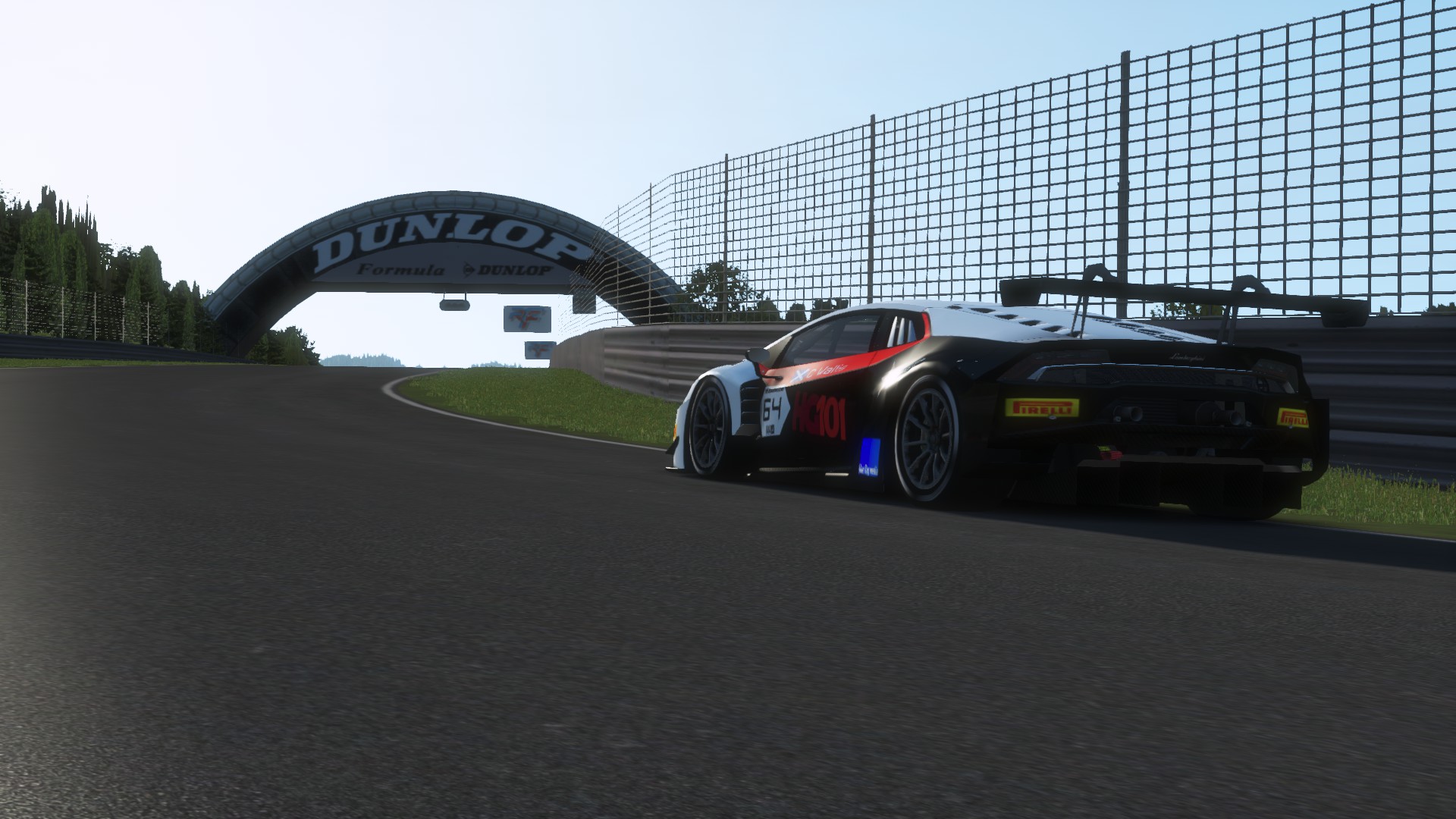 The sprint race started off with a bang as April Carlsvard tangled with James Lambert at the chicane. The resulting impact with the barrier sent Carlsvard to the back but she managed to continue with the damage, while Lambert dropped from 2nd to 5th. At the front, Joshua Anderson held the lead from reverse grid pole with Lazaros Filippakos in hot pursuit. It was looking good for Anderson before a small mistake caused him to spin at Hi-Point Corner and spin across the track, collecting Bjorn Golda in an unfortunate racing accident.

Filippakos and Campbell Wallis got through the accident unscathed but, by this point, Scott Sovik had cleared the pack and had climbed to 5th. After making light work of Wallis, the Norwegian set about catching the race leader, knowing that championship rival Kyran Parkin was mired in the midfield with a damaged car after first lap shuffling. However, despite Sovik rapidly closing the gap, Filippakos held on during the final few laps to take his second win of the season by just 0.161 seconds, with Wallis finishing a lonely 3rd place.

James Lambert finished 4th, profiting from a late mistake from Bjorn Golda, ahead of Mark Singleton and the recovering Carlsvard. Chris Williamson, meanwhile, once again seized points from a chaotic race in 7th, ahead of Alex Odell and Golda. 10th for Parkin, though, came as a major championship blow which allowed Sovik to draw level in the championship, though Parkin retains the lead on countback with more wins. Rookies Ryan Eastham and Steve Kirk both saw the finish, while Anderson was the only retirement after his early crash.

With just two rounds to go, the CLASH Championship is finely poised with the two contenders level on points. A strong event puts Campbell Wallis seventeen points clear in 3rd, while Mark Singleton remains three points ahead of Mike Bell in 4th. Lazaros Filippakos’ strong performances may well give UPA the decisive edge in the teams’ championship, where they are now nineteen points ahead of Fury Racing. With four races left, though, plenty could change before the end of the season.

The next round of CLASH is on Sunday, 24th November 2019 at Zhuhai. You can find full details on the Realish Racing Forum.