CLASH Round 5 Report – Parkin and UPA Take the Lead 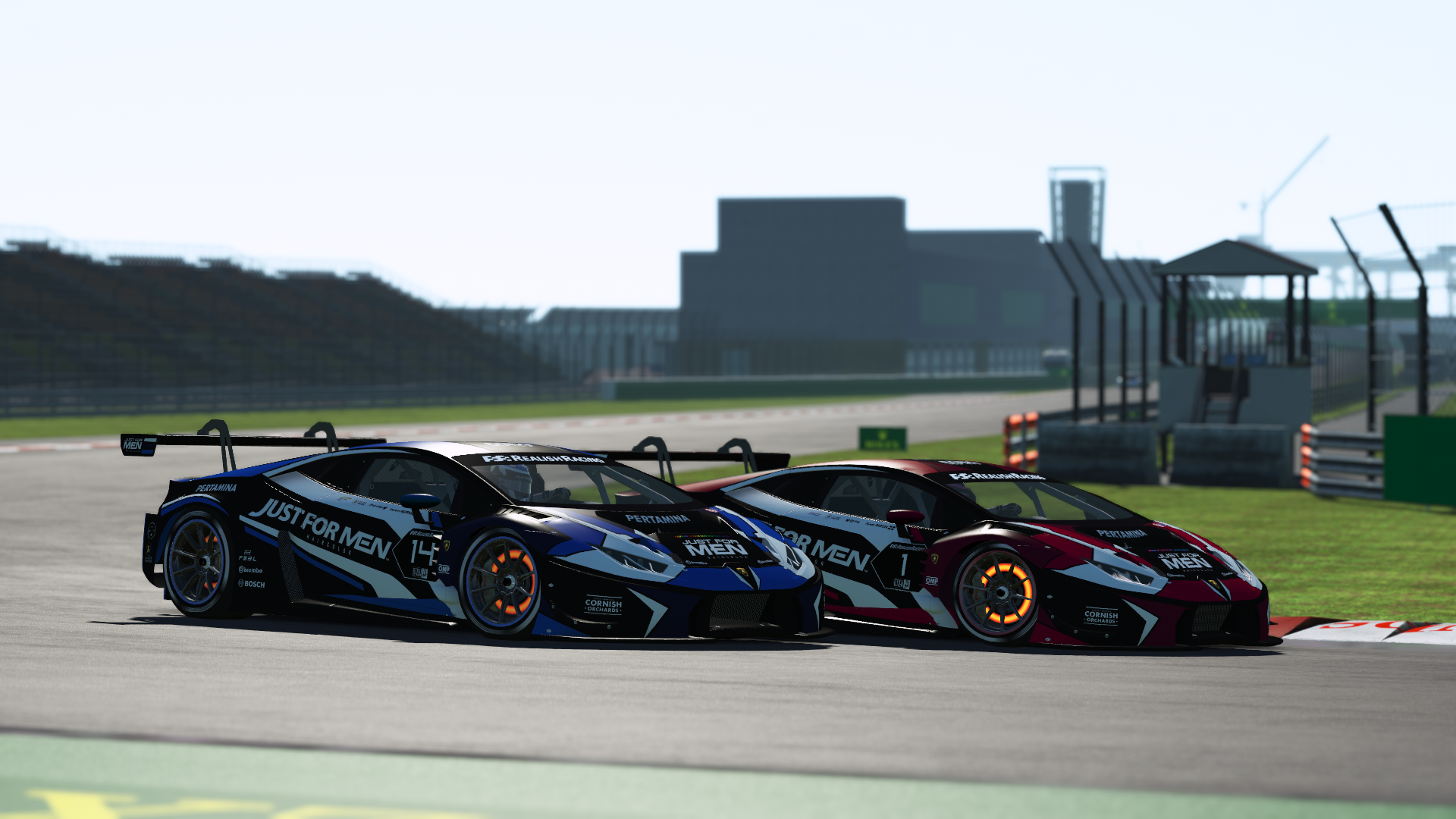 UPA drivers Kyran Parkin and Lazaros Filippakos shared the wins at Yeongam to take the lead of both championships.

For the first time this season, Parkin failed to qualify on the front row, being bumped to 3rd by championship leader Scott Sovik and his team mate. Sovik would lose that advantage almost immediately, though, with the two UPA drivers getting ahead early in the race. Parkin took the lead on lap 5 and quickly built up a definitive lead as Filippakos and Sovik battled behind.

It would be another relatively comfortable win for Parkin, his fourth of the season. Sovik claimed 2nd, despite a late race mistake, after putting an assertive move on Filippakos on the final lap, causing the latter to spin but recover to take his first podium finish of the season.

Mike Bell was best of the rest in 4th, having spent much of the race defending from Alex Odell. Odell made a move into the tight turn 3 on lap 13 which resulted in both cars getting out of shape and Bell spinning to 6th, before Odell also had a spin a lap later. This briefly promoted Campbell Wallis to 4th after an anonymous race but he was unable to hold off the charging Bell and had to settle for 5th.

Mark Singleton was 7th, having earlier been in the train of cars behind Bell, while Bjorn Gold rounded out the points scorers ahead of Chris Williamson. Rookie Ryan Eastham was the final finisher, a lap down on the race winner.

Starting from reverse grid pole, Bjorn Golda made a strong start to take an early lead as chaos broke out behind. On the straight after turn 3, Scott Sovik and Alex Odell collided, causing Sovik to rear-end Mike Bell and send both cars skidding towards. Only Bell’s quick thinking to shout a warning to the drivers ahead prevented a much worse accident, but several cars were delayed and the two UPA cars found themselves in 2nd and 3rd. 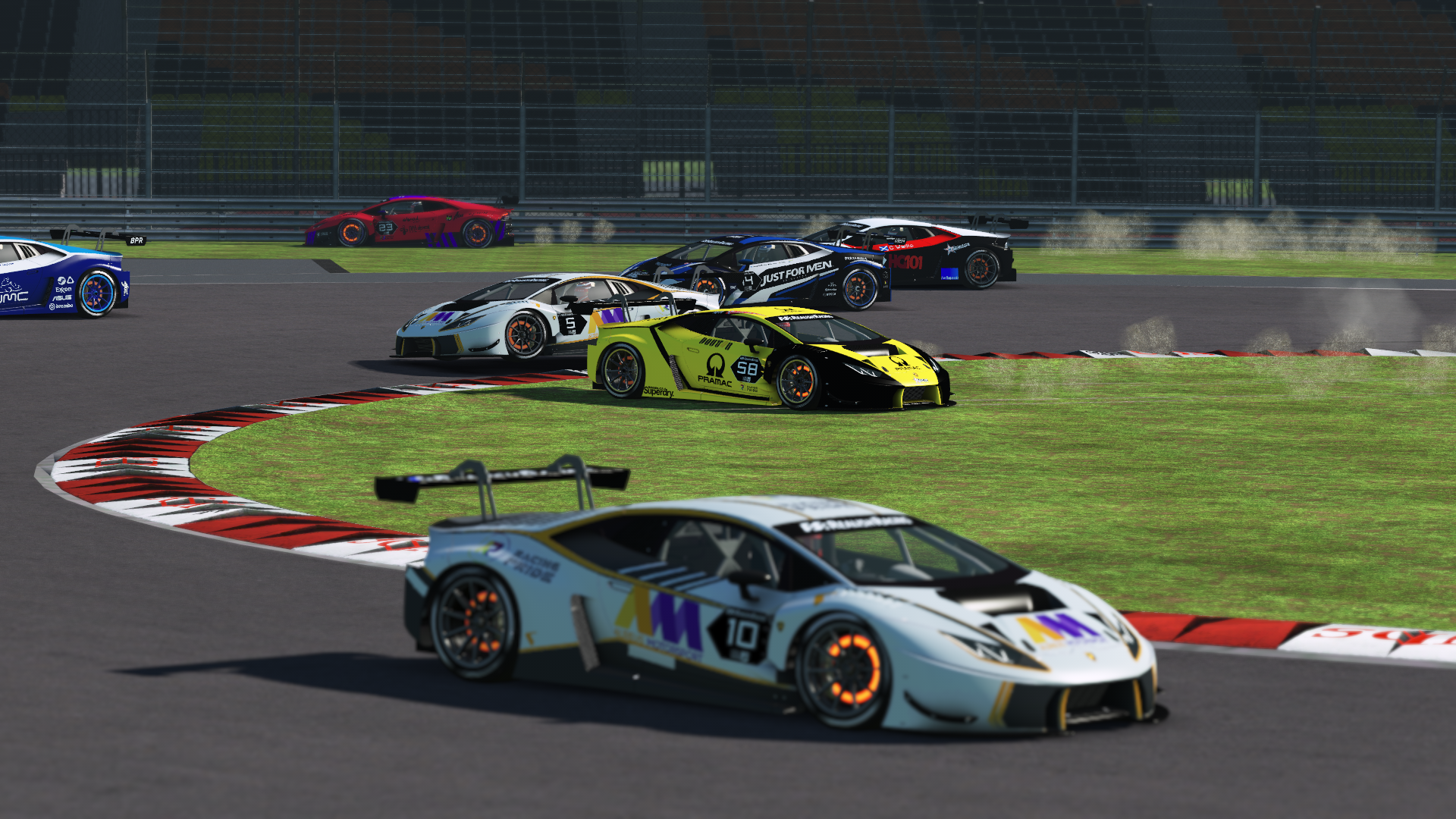 The battle quickly became one for the lead once Golda had been dispatched, with Parkin and Filippakos being inseparable at the front. They swapped places multiple times during the race but, in the end, it was Filippakos who resisted his team mate’s extreme pressure to take his first win of the season by only 0.16 seconds.

Despite the damage from the lap one collision, Bell drove a lonely race to 3rd, though Mark Singleton was closing rapidly in the final laps. Meanwhile, Chris Williamson drove a steady race and was rewarded with a strong 5th, his best result of the season so far, holding off Golda and Campbell Wallis in the process. While the latter two had superior pace, Williamson won out thanks to some resolute defending and not making mistakes while others did.

Sovik recovered a point for 8th, despite sustaining heavy damage on lap one, after team mate April Carlsvard spun out of the points in the closing laps. Ryan Eastham and Alex Odell rounded out the finishers, with Odell having to pit to repair damage on lap one.

Another disappointing sprint race result for Sovik sees him lose the lead to Parkin in the Drivers Championship though, with only a four point gap and three rounds to go, it would be impossible to call a winner at this stage. Wallis leads Bell and Singleton in the battle for 3rd in the championship. In a pleasing symmetry, the top five drivers’ teams are in the same order, with UPA leading Fury Racing, Kaibutsu Racing, Aureus Motorsport and Bad Pun Racing.

The next round of CLASH takes place on Sunday, 27th October 2019 at Sugo in Japan. Full information is available on the Realish Racing Forum.