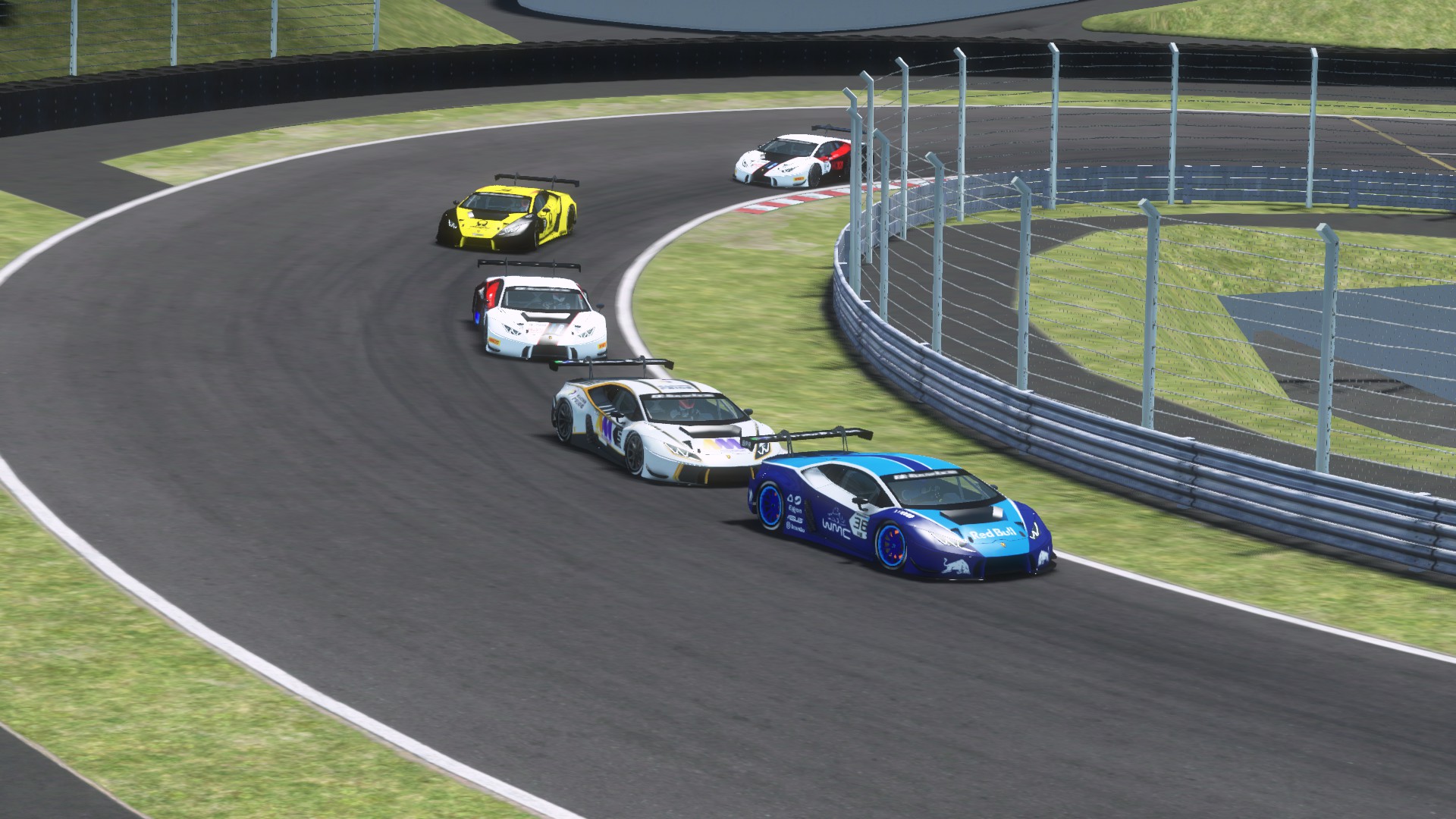 James Lambert took his first ever in Realish Racing competition at the tricky Zhejiang Circuit in CLASH Round 3.

From 3rd on the reverse grid, Lambert capitalised on a first corner mistake from polesitter Chris Williamson and overtook Pete Walker in the opening corners to take an unexpected lead. With overtaking proving to be exceptionally difficult, Walker was able to hang on to 2nd, fending off constant pressure from a train of cars led by Campbell Wallis.

While Lambert eventually won the race by 10.6 seconds, the early advantage belonged to Sepang Sprint race winner Mike Bell. Despite sustaining damage in a first corner collision when Scott Sovik spun, causing the latter’s retirement, Bell forced his way to the front early in the race and took the lead on lap 2 as Lambert, returning to competition after several months away and a little rusty, made the decision not to put up too strong a fight and risk a strong finish. However, Bell was caught out by the damage on lap 6 and, now back in the pack, spun in an aborted move on Wallis before suffering a collision with Will Fry, eventually finishing 7th.

Artur Borowski and Mark Singleton continued their strong form with 4th and 5th, respectively, with Chris Williamson driving a typically steady race to take points in both races. After recovering from the collision with Bell, Fry took the final point in 8th.

Mike Bell’s disappointment in the sprint race compounded a disappointing result in the preceding Feature race. After a strong start saw him jump to the lead from 3rd on the grid, a spate of rFactor 2 screen-freezes affected almost every driver in the field and Bell, with only a small advantage over Mark Singleton, was unlucky to freeze for a few seconds and lose the lead through no fault of his own. A similar problem for Campbell Wallis saw him drop to 5th behind Scott Sovik. 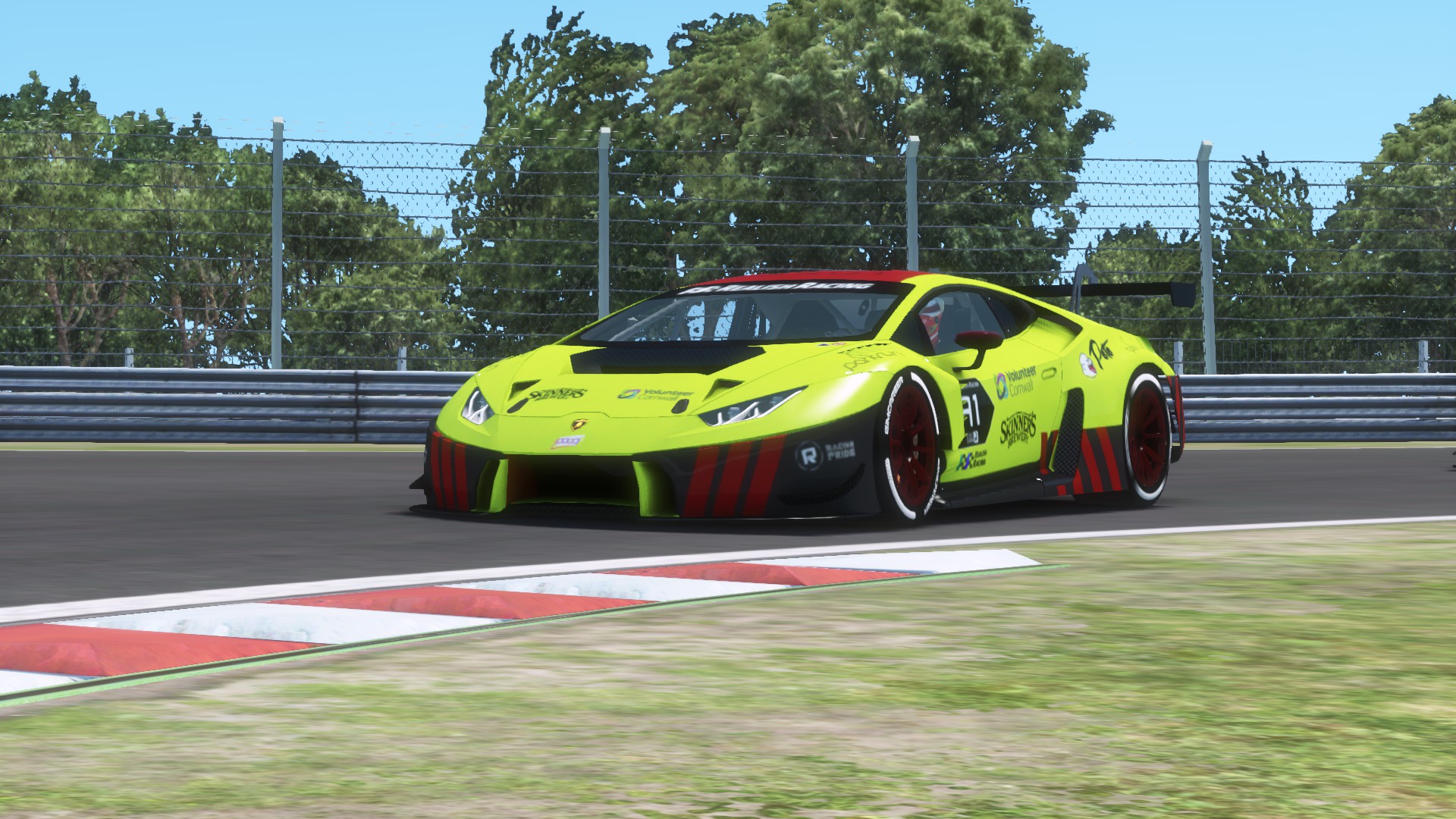 With overtaking so difficult at the tight Zhejiang circuit, the top five ran almost line astern for most of the race and were separated by just 0.5 seconds at the end. Behind Singleton and Bell, Artur Borowski took his first podium of the season ahead of Sovik and Wallis. James Lambert, Pete Walker and Chris Williamson rounded out the points finishers, with the points finishers being reversed for the sprint race grid to eventually give Lambert his breakthrough win.

After qualifying on pole for the feature race, Sovik came away disappointed with 4th and a DNF from an event where championship rival Kyran Parkin was not present. However, he still took the lead of the championship by one point, with Singleton only another three points behind. In the Team’s Championship, Kaibutsu Racing capitalised on being the only leading team with both drivers present to jump to 2nd, six points behind Fury Racing and nine ahead of UPA.

The next round of CLASH is in two weeks’ time on Sunday, 12th October 2019. You can still join the championship via our forum.