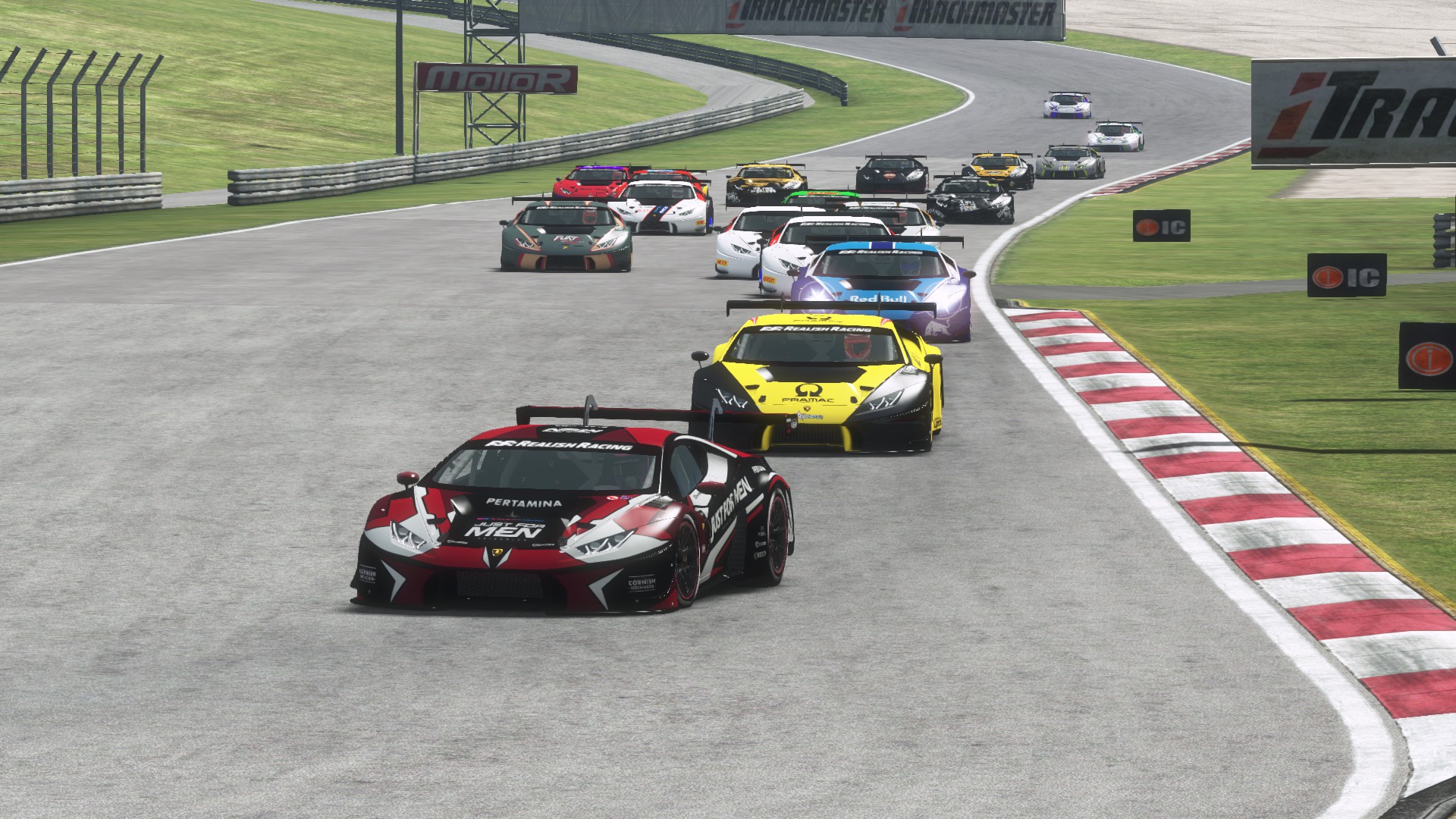 Kyran Parkin and Mike Bell split the honours at Round 2 of CLASH at Sepang after two chaotic races.

Parkin secured pole position at the very end of the 20 minute qualifying session ahead of race 1 winner Scott Sovik, then converted that into a lights-to-flag victory in the 40 minute Feature race. While he only had a 3.6 second lead at the end of the race, Parkin had focussed on conserving his tyres throughout the race, rarely driving at more than 90 per cent while maintaining a comfortable gap. April Carlsvard, in her first race of the season, finished 3rd.

Mark Singleton finished 4th, closely followed by Artur Borowski and Mike Bell after a late race battle. Campbell Wallis recovered from a poor start and several mistakes early in the race to finish 7th while Joshua Anderson claimed the final points in 8th, along with reverse grid pole for race 2.

While all eighteen starters finished the race – though Martin Fernandez was unfortunate to be timed out on his final lap – several drivers fell foul of the tricky Sepang circuit. Allie Ferrie, having started 4th, was only able to recover to 9th after a crash on lap 4; later in the race, Matthew Wheeler spun out of a strong 7th with five laps to go. 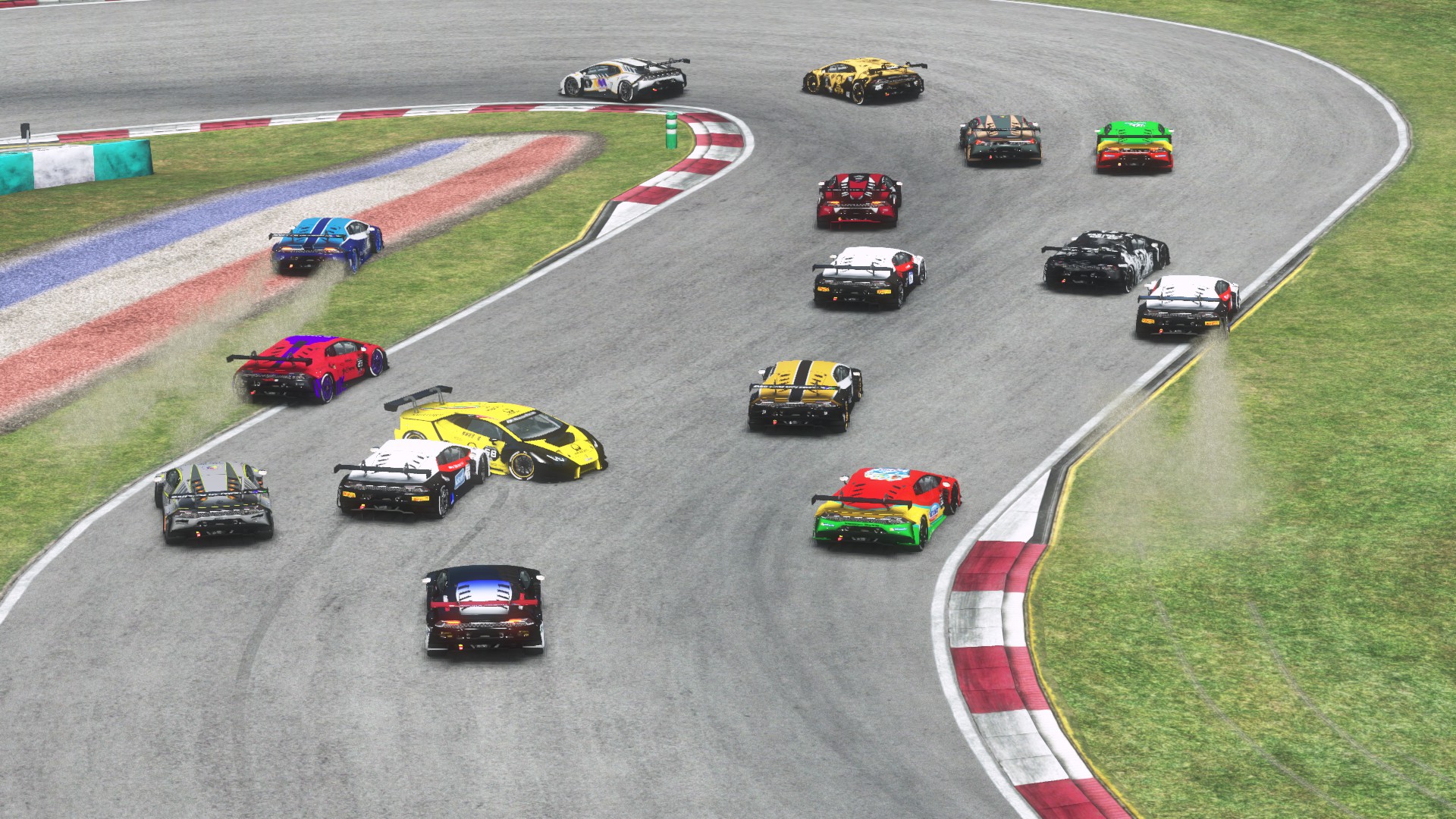 Race 2 started with a bang! Going three-wide into turn 1, the top three of Joshua Anderson, Campbell Wallis and Mike Bell collided and several drivers got caught up in the chaos. While Anderson and Bell were able to continue, Wallis half-spun across the grass and Scott Sovik, keen to get a strong result for the championship, was T-boned by Artur Borowski.

Despite minor damage, Bell was able to keep up a strong enough pace to win the race, helped by Kyran Parkin being rear-ended by April Carlsvard on lap 7. That promoted Alex Odell, who started 14th but drove a steady race amidst the chaos, to 3rd. Behind him, Matthew Wheeler claimed 4th, beating Niall Larner 0.05 seconds. Campbell Wallis had challenged Wheeler at the final turn but tangled with Wheeler, allowing Larner through while Wallis dropped to 6th. Carlsvard and Sovik recovered to 7th and 8th, respectively, with Mark Singleton failing to score for the first time this season in 9th.

With Sovik’s poor race 2 result, Parkin has opened up a healthy 9 point lead in the driver’s championship, however, with three quarters of the season to go, there are sure to be plenty of twists and turns. Almost 20 points behind, Wallis and Singleton continue their strong starts to the season while Mike Bell’s strong performance at Sepang sees him go straight into 5th in the championship.

Despite currently only having one driver, UPA are only 4 points behind Fury Racing. As in the drivers’ championship, there is a twenty point gap to Kaibutsu Racing in 3rd, ahead of Bad Pun Racing and Cosmo.