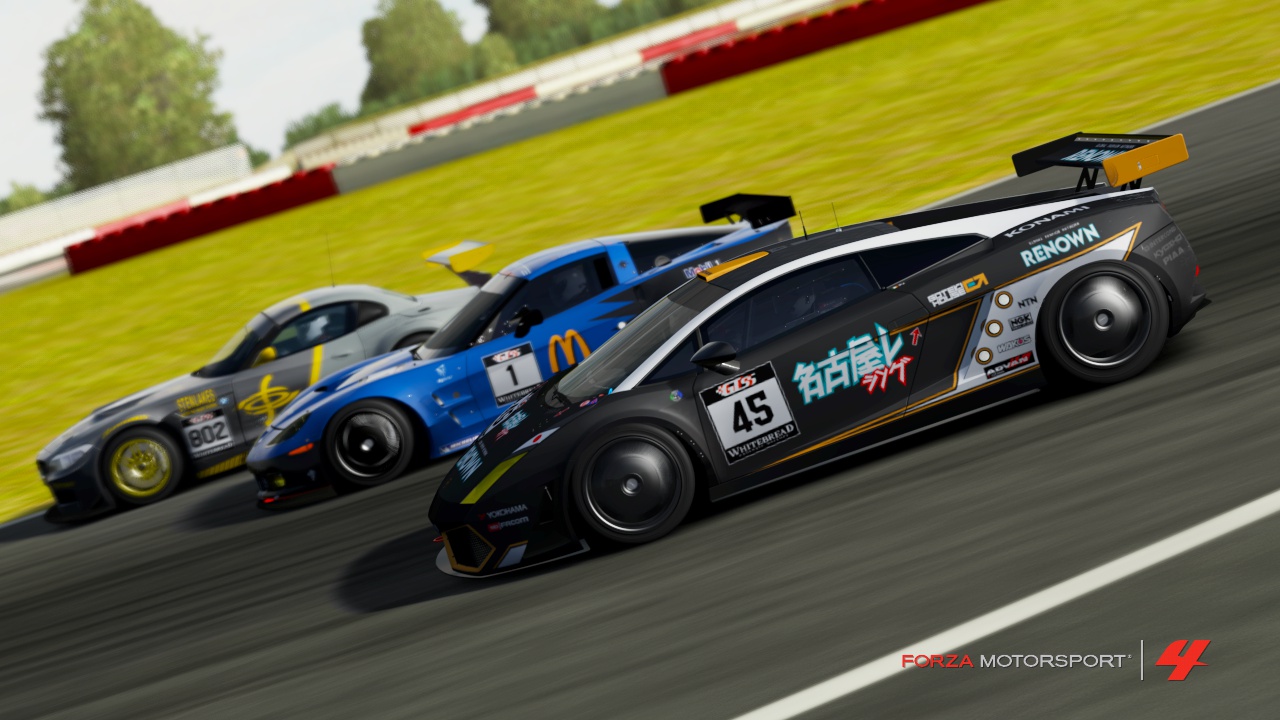 CLASH sees Realish Racing return to GT cars for the first time since GEARS 2017, though it’s much longer since we last raced GT cars in a regular season. GTs have mostly been the preserve of our GEARS endurance championships, where we’ve raced numerous GT3 cars and the Renault RS01.

To find the last regular season in GT cars, though, we need to go all the way back to Season 7, GTSSS (Grand Touring Super Sprint Series), which ran in Autumn 2012 on Forza Motorsport 4. Thanks to Forza Motorsport’s massive range of cars, we saw a total of twelve different models racing from the Jaguar XKR GT to the Ferrari F458 to the Lotus Evora Type 124, with a maximum of three of each car allowed on the grid in total. The cars were balanced using the external TORA ruleset to ensure close competition, though this would bring about plenty of controversy as the season went on.

From the very first race at Sunset Peninsula, it was clear that Jamie Hunt in the Lamborghini Gallardo would be the driver to beat. In fact he won 10 out of 14 races and never finished off the podium all season! Second was Adam Smith in the Corvette ZR1, who finished on the podium 9 times, never finished lower than 5th and took a win at Road Atlanta; third was Dan Thorn in the BMW Z4 with two wins at Sebring and Suzuka.

While Jamie Hunt was a formidable racer in R-class cars on Forza and would have always been among the favourites for the title, he was helped significantly by team manager PJ Tierney devoting significant time and energy to finding the fastest configuration and setup for the Goteki House Lambo, researching and exploiting the TORA ruleset to maximise the car’s potential then spending a lot of time perfecting the team’s setup. This level of research and preparation for races was unprecedented at the time and sharply divided opinion in the paddock between those who saw Goteki’s preparation as fair game and those who saw it as an unwelcome break from the club’s spirit. This argument went beyond this season, though, and it was only when Realish Racing moved over to racing on PC sims a couple of years later that significant car setup research and meticulous preparation become normal, at least for some drivers. 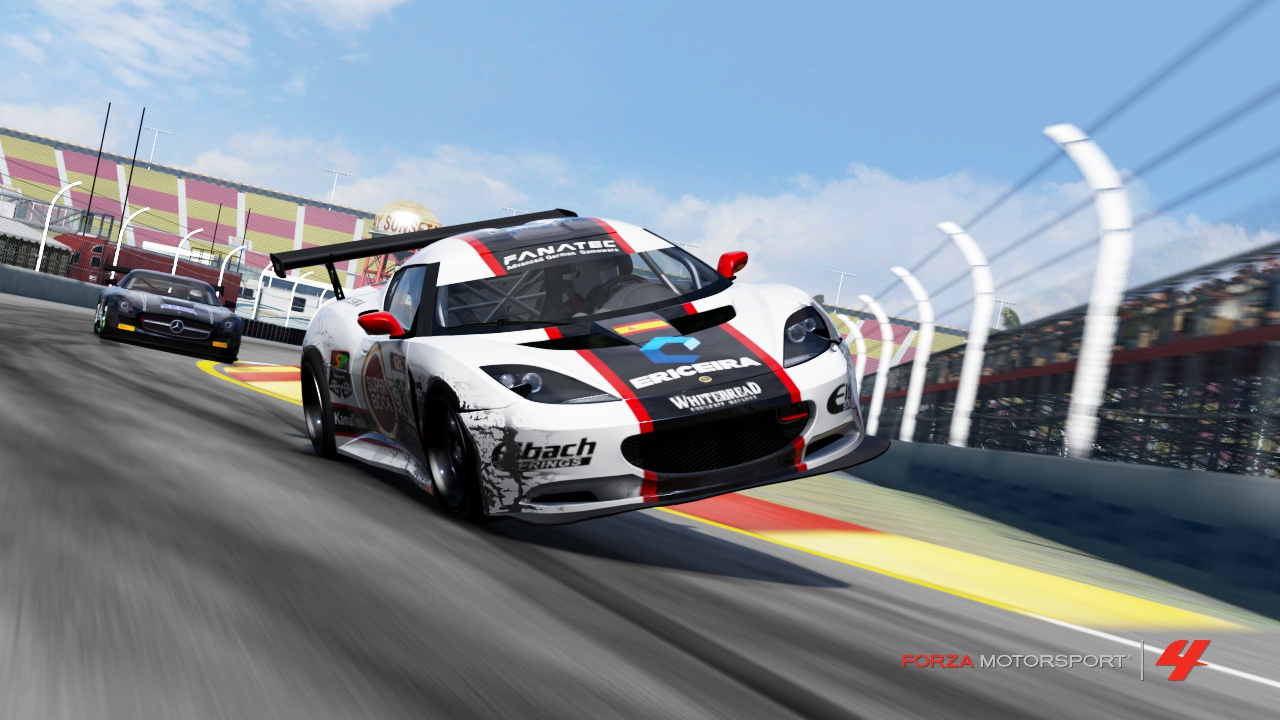 Even with the Goteki House dominance, however, there was plenty of good racing to be had, especially further down the field. As with CLASH, the races ran in a Sprint/Feature format, with the Feature race featuring a reverse grid and mandatory pit stop, meaning the races were fast and frantic. The midfield was especially unpredictable from race-to-race while life in Lobby 2 was as manic as ever, full of the anarchic fun which occasionally seemed to be missing from the front of the grid. The top rookie was the Swedish driver Daniel Becker, who beat the only other full time rookie, Dave Morley, by 12 points in the end and only finished outside the points twice all season.

Finally, Season 7 also saw the introduction of a support series, run at the end of each round as a less serious race to round out the evening. These races were only 10 to 12 minutes long, generally ran on the short layout of whichever track was being used for the main races, and featured random grids to really mix things up. The first support series was the Trofeo MiTo, devised by club legend Dan Thorn, and was won by Adam Smith, 25 points ahead of Pete Walker and 29 ahead of PJ Tierney. Dan Thorn, Jay Cooper and Sam White also recorded wins in what was a very popular series. Support series would be run in a similar manner until Season 10, though none matched the popularity of the first. 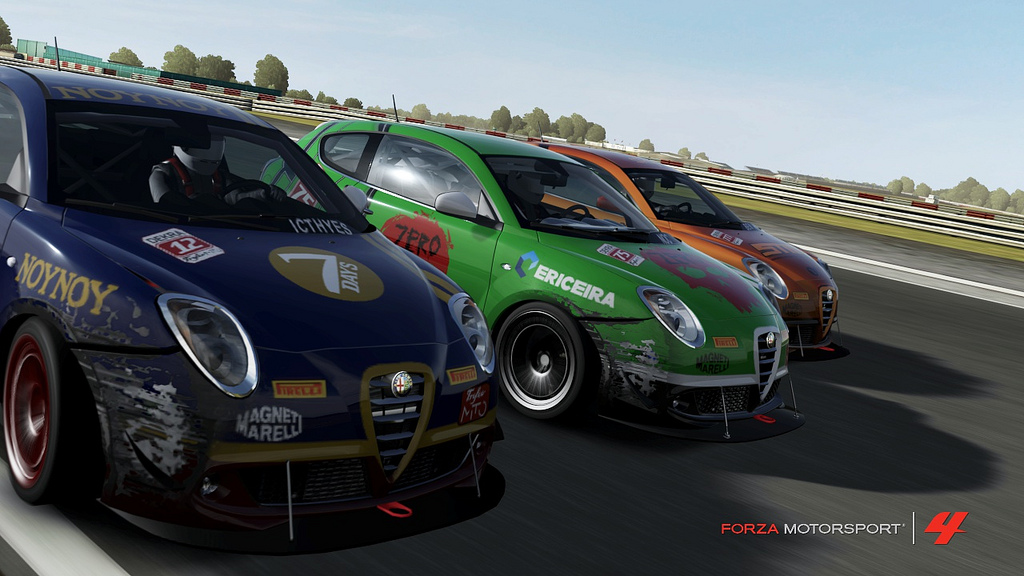 While GTSSS was remembered largely for the tuning controversies, it still fell pretty much in the middle of Realish Racing’s peak involvement with Forza Motorsport 4, and as such is a small but important part of club history. Seven years and around thirty seasons of racing later, the club is almost unrecognisable – we’re certainly faster and when it comes to tuning and preparation, we’re much more, ahem, in tune with the wider simracing world – though maybe the changes are only skin deep. After all, here we are about to go racing in GT cars again, Lamborghinis no less, we still have more than our share of close but fair racing and we still try to have fun ahead of all else. 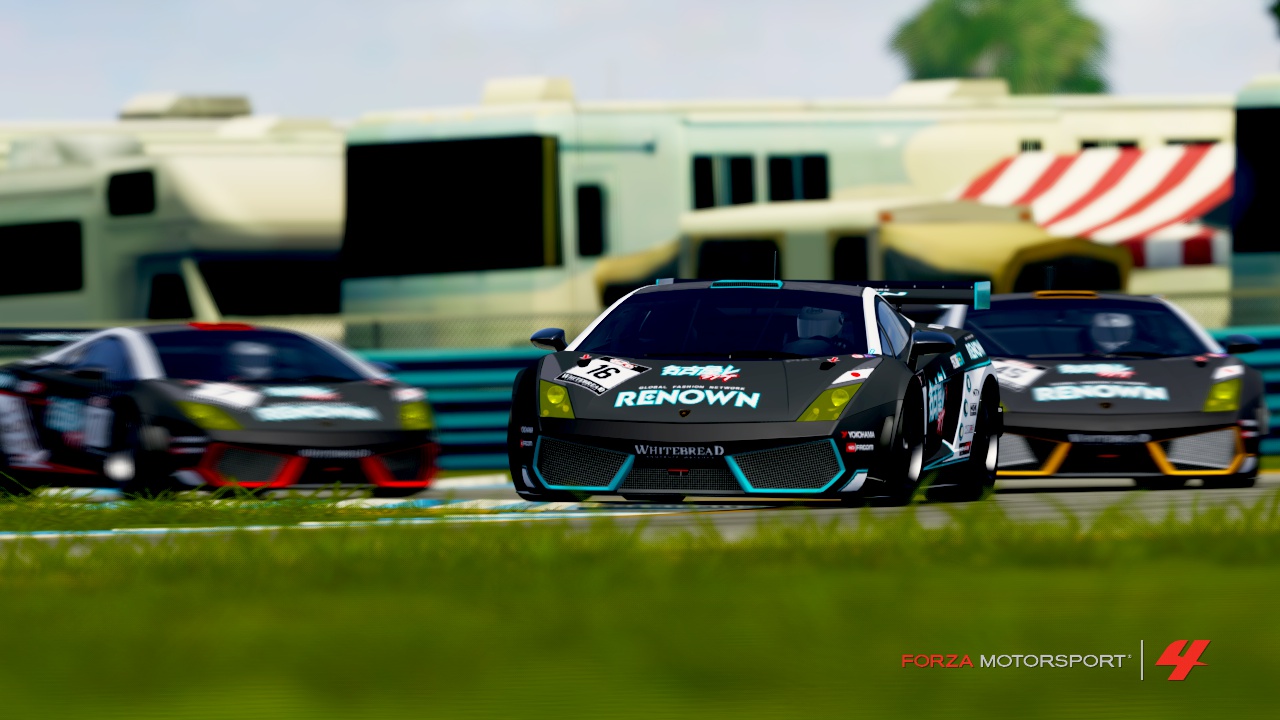 CLASH begins this Sunday, 8th September 2019. Sign up for the race is open here.
You can find full details of GTSSS, including full championship standings, here.