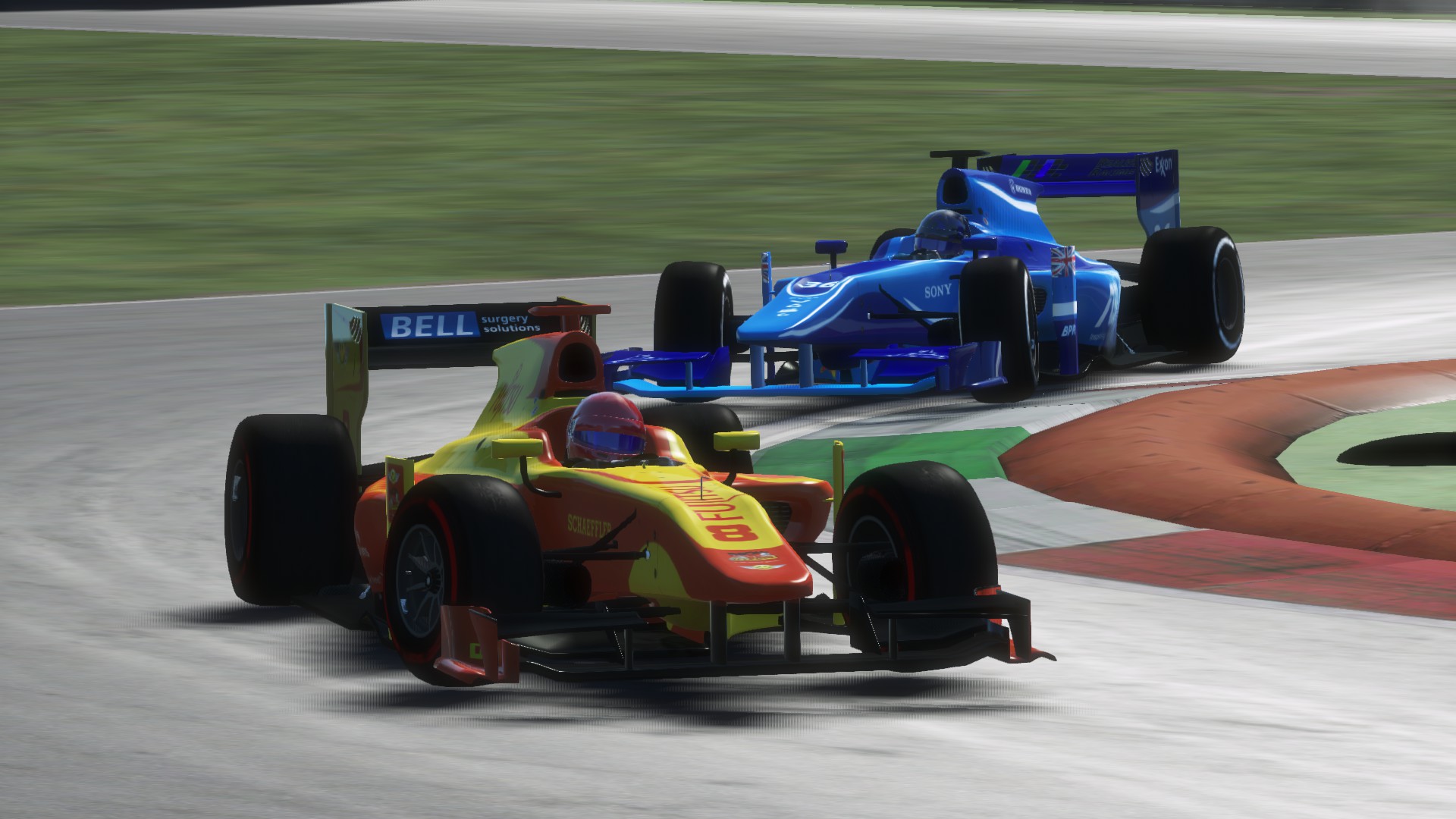 Mike Bell took his first win of the 2019 Formula GEARS season in round 5 at Monza, but was pressed all the way by Mark Singleton and was only 2.6 seconds ahead at the finish.

On an unusually high downforce setup, Bell had taken pole by 0.2 seconds. After leading the early stages, he ceded the lead after a trip into the sticky Monza gravel but regained the lead on lap 42, capitalising on a small error. Singleton’s low downforce setup made him an ever-present threat, however, and the race was wide open until the final lap, when Bell was able to open up a small advantage after fending off immense pressure.

It was a disastrous race for Kyran Parkin, who started 3rd. Unhappy with his car’s handling pre-race, the reigning GEARS champion crashed out on only the second lap. A lap later, April Carlsvard missed her braking point for the first chicane and collided heavily with Fury Racing team mate Scott Søvik, eliminating both cars.

Campbell Wallis finished 3rd despite a trip into the barriers at Lesmo 2 late in the race. He had a race-long battle with Chris Williamson for the final podium position before Williamson got caught in the sticky gravel at the Ascari chicane and lost a minute getting out. The finishers were rounded out by Alex Odell and Matthew Wheeler, who set fastest lap early in the race before surviving two rolls in the gravel, eventually finishing 3 laps off the lead.

With three rounds remaining, Mark Singleton has a handy 12 point advantage at the top of the championship, while Bad Pun Racing are only a point behind Smile Power in the team’s championship despite only having one active driver so far this season. The next round of Formula GEARS is at Watkins Glen on Sunday, 29th September 2019 at Watkins Glen.

After a week off (as many drivers will be attending the WEC meeting at Silverstone), Realish Racing competition returns on Sunday, 8th September 2019 for the first round of Season 29, CLASH, from Autopolis.

If you would like to join the remaining Formula GEARS races or for the start of Season 29, you can do so via our Forum!