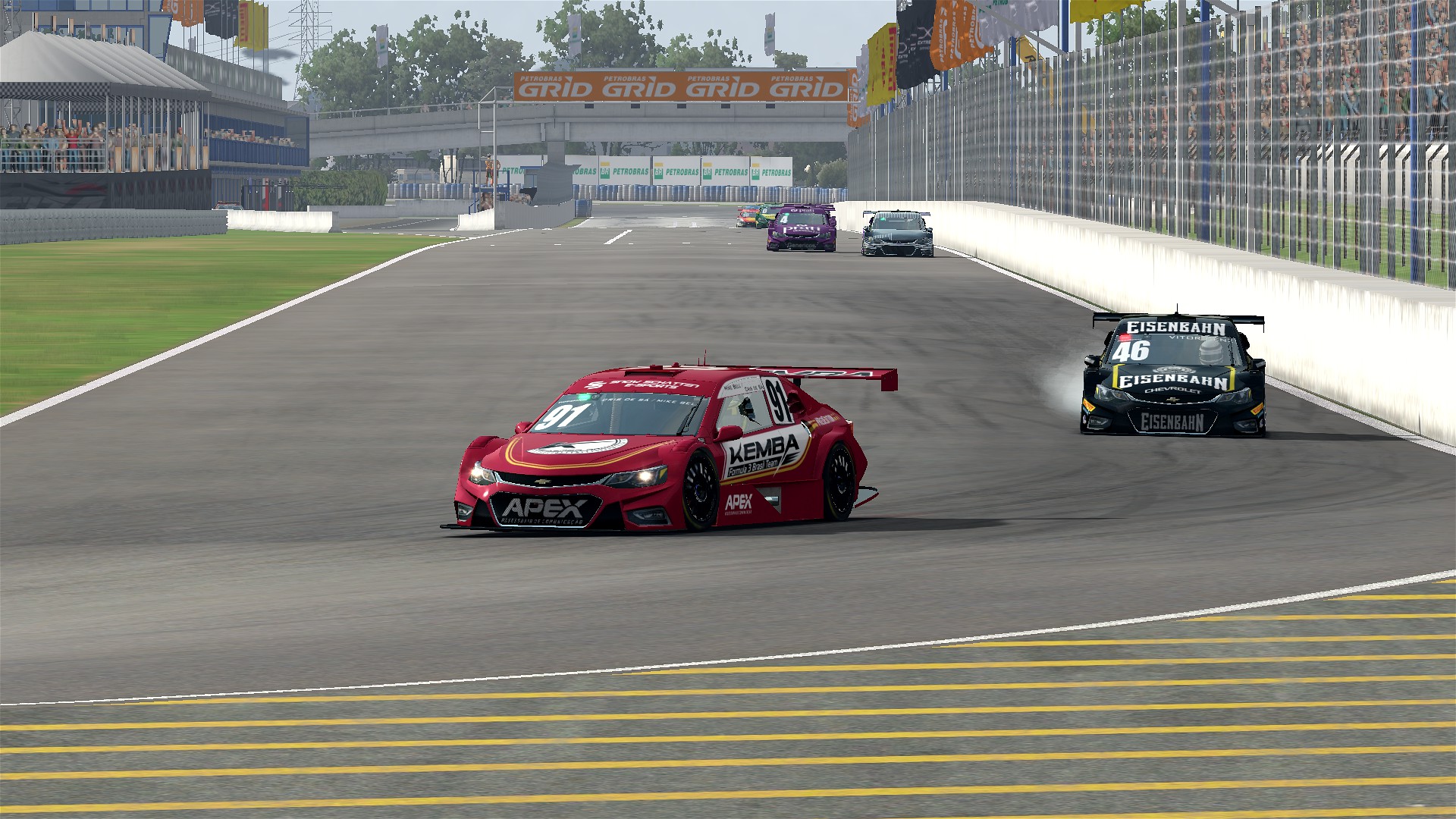 Mike Bell won the Automobyelista Special Event, but the event had to be decided by a tiebreaker after he finished level on points with returning driver Sam Hill.

Uniquely, the event rules stated that if the drivers at the top of the standings were tied on points after two 30 minute races at Curitiba, a third race of 10 minutes with half-points would be run at Campo Grande to decide the overall winner. Bell went on to win the tiebreak race after Hill and Campbell Wallis, the only other driver still in contention, crashed out on the unfamiliar circuit.

Previously, Hill had won race 1 from Bell with Scott Sovik 3rd, while Wallis won race 2 ahead of Bell and Hill. With his rivals out of contention, Bell won the tiebreak race ahead of Bjorn Golda and Sovik.

The next event is Formula GEARS Round 5 at Monza on Sunday, 25th August 2019. You can join Realish Racing via our forum!

Please click any of the images below to see the full results.