Do you know I never realised that After Dark was part DLC/part free. Just assumed it was all free and was wondering why I didnt have some of the features I had read about (mainly the improved airports).
Ah well, I know what I am buying myself for Christmas

Has anyone heard news about the Xbox One version recently? I haven't seen a single thing since it was announced at E3 last year

Started playing Cities:Skylines again recently after a break of probably over a year. My cities would get to a (not a terribly large) size at which everything just broke down. The Parklife expansion pack caught my eye and got me playing again. A lot of the earlier issues I was experiencing have been patched out, and the use of a couple of mods have helped with traffic pathing.

I used mods to unlock the entire playing area, and have tried to create a region of towns and villages that expand naturally, and leave scars of years gone before as they do. I've stitched this rather large image together from screenshots taken at light aircraft height, just like Google Maps do. Plus this allows me to keep a running .psd file of the region as it changes, overlaying new screenshots whilst still being able to access the old.

Anyway, this is Hyde County. There is more to the North-East, North, and North-west, but it's not been 'flown over' yet. I've also been uploading photos of the city to my steam profile, so find them on there if you fancy seeing some more detail.

(click for big version. there is an even bigger version which I can put on the FTP or something if anyone wants to see in more detail) 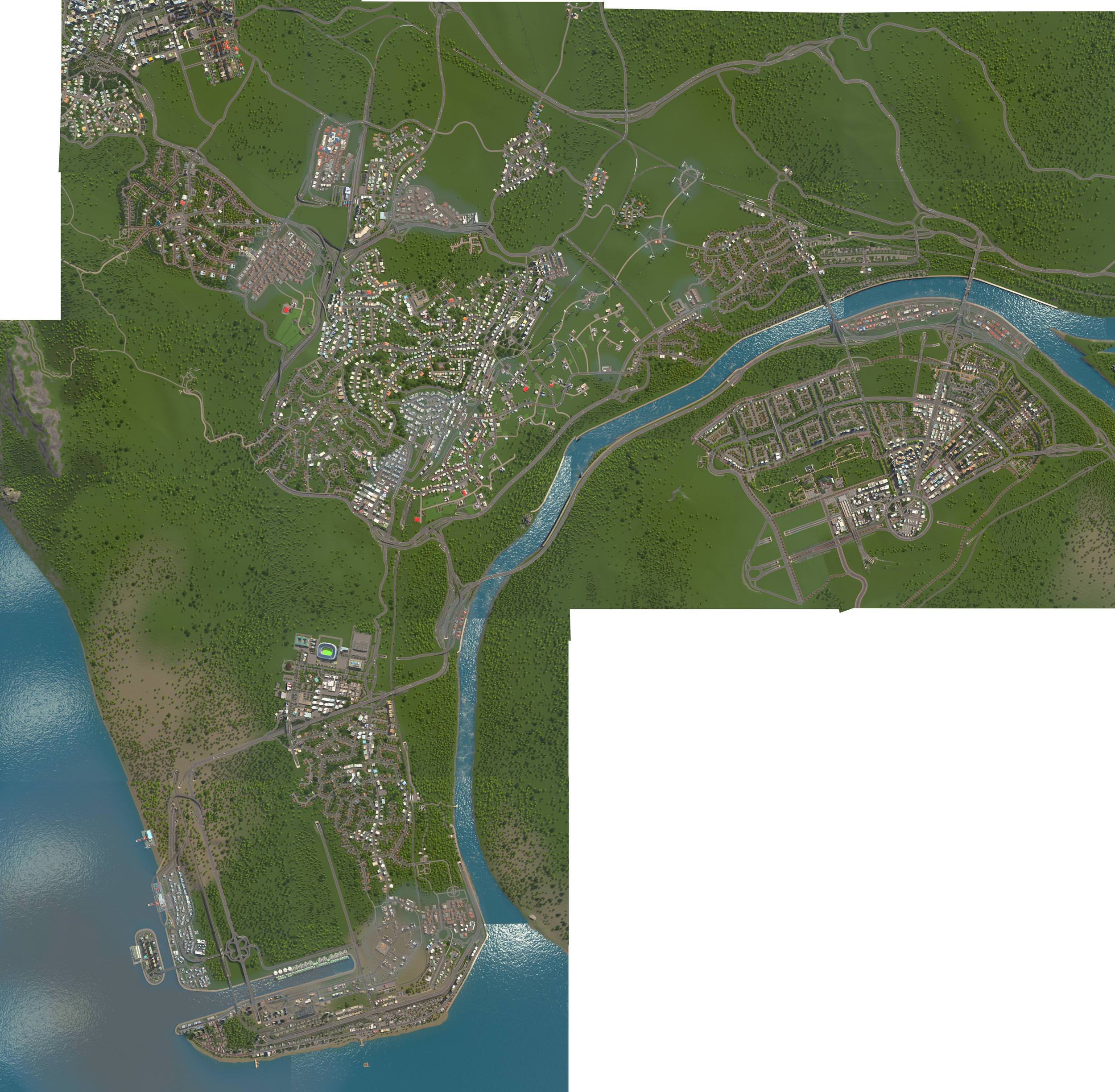 What I spend my time doing: